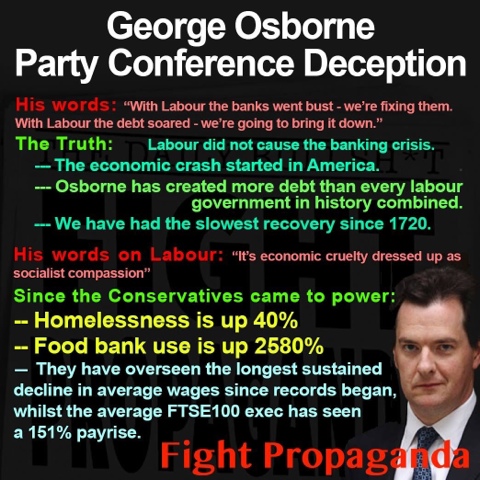 Hat tip to Bob S for his link to Facebook site "Fight Propaganda" who have dissected George Osborne's speech at the Tory Party Conference last week. Check the references below.

"With scores of economists indicating through open letters that Osborne is making bad financial decisions, and indicators of poverty rising sharply, It is impossible to see these parts of his speech as anything other than misleading propaganda.