Life as a Home Carer in Modern Britain 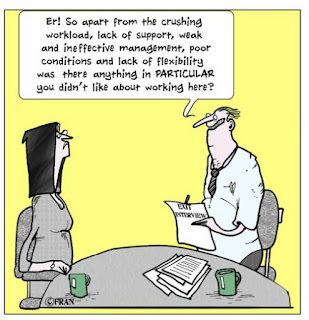 Emma is currently a NHS student nurse but last year she worked for a private company as a home carer for elderly clients suffering from dementia.

Her account was raw, blunt and honest and must have been particularly difficult to hear if you have elderly relatives who receive care in their homes.

She was employed by a well known (or rather notorious) British Care company which is owned by a hedge fund which is funded in part by thousands of Local Government workers via thier pension scheme The hedge fund managers are super rich, multi-millionaires.

Emma described how the experience of working for this company would stick in her memory for ever.  Memories of exhaustion, exploitation and even intimidation. It still makes her feel angry and emotional. Both for her fellow workers but most of all her elderly and vulnerable clients.

It goes without saying of course that in modern Britain she was employed on a zero hour contract. With little or no employment rights, poor pay and no company benefits.

The first thing that struck her was how disorganised they were.  Due to the dreadful working conditions there was such a high turnover in staff that no one knew when carers would turn up to support clients and their families. Many of whom were bed bound and dependent on carers coming to dress, feed, clean and care for them. Often she would do a lunchtime visit to discover that there had been no morning visit. The smell of unchanged overnight incontinent pads being the tell tale sign as she opened the front door.

She would go and lone visit a new client with no warning that the client was known to be potentially aggressive or that family members had mental health or addiction problems.

Often there was no time to properly care for her clients since she had to rush from appointment to  appointment. Due to the lack of staff she had to work 16 hour days and even once, 21 days on the trot. When she had days off planned her managers would ring her up and ask her to go in since someone had let them down. First they would sweet talk her to go in, then they would threaten if she didn't she would get no more further work and finally they would blackmail her into going to work. They would say if she didn't go into work then that nice old lady she saw last week would get no care.

When Emma left to go and train as a nurse she whistleblowed to the Care Regulator, CQC,  who did little but at least confirmed that the staff turnover during the time she was there was a staggering 40%.

I hope the investors and advisers presents will look think long and hard about the human cost to staff and vulnerable clients from running care services on the cheap. While there is an obvious financial and reputational risk to any pension fund from being the owner or funder of an incompetent service that could eventually kill its clients or its workers.

It is also as Emma pointed out a complete waste of money in recruitment and training to churn so many staff and then let down clients.

I am convinced that the Council workers who fund such hedge funds will be outraged if they knew what was being done in their name and with their pension money.

Pension funds must be democratised and properly take account of the views of its beneficiaries who are the true owners of their money.

Pension funds are are long term investors will make money if they invest in companies that are well run, with good governance and do not exploit or harm its workers or clients.

Many thanks to Emma for her powerful and moving reminder about what is the true cost of the exploitation of those trying to care for the vulnerable.  This is not only a cost  in human terms to those giving and receiving care but also a real risk to those investors who aim to make money out of human misery.
Posted by John Gray at Monday, July 20, 2015