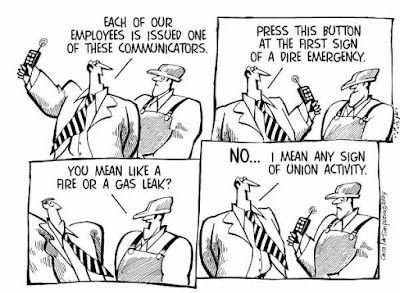 This was the speech for London motion 18 on Union busting which was delivered by our delegate James Beckles.

Hopefully, anti-union rogue employers in our sector such as Catalyst Housing and Creative Support will take note.
Motion was passed unanimously

"Forum, everyone here knows that up and the country there are a huge number of private companies, large charities and Housing associations delivering publicly funded services who refuse to recognise human rights of their staff and who threaten and attack union activists trying to protect their members.

We know that in many parts of the traditional public sector, trade unions, in local government, health and utilities are also under attack

This motion argues that no employer should have access to any public funds or procurement if they do not have a recognition agreement with a TUC affiliated trade union.

In the history of our union movement, activists have given their lives and their liberty in the fight to have trade unions recognised.

Forum, Unions in this country and all over the world are under attack. In the UK our numbers have gone down significantly but in recent years numbers have stabilised and we may see soon a return to growth.

The best way to get recognition and collective bargaining is by workers taking action, by members forcing anti-trade union employers to negotiate and bargain with unions. Yet when you are in a fight with employers for justice at work you want every help you can get.

Forum, is it not perverse that in this county vast amounts of public money is handed over to organisations which are clearly hostile to unions? Why is this money going to organisations who don't believe in fundamental human rights?

If public money was going to those who employed child labour or used corruption there would be an outcry. Yet we have allowed the government and employers to pick and choose which human rights they want to respect. Forum, A human right is a human right.

No organisation which refuses to recognise a trade union should be allowed to bid for any form of public money or support. No grants, No contracts, No loans, no Partnerships, No deals - not even housing benefit.

Forum, What have they got to hide? Remember, that there is an extreme right wing ideology against trade unions. Like under Mussolini and fascism they want to get rid of trade unions and replace them with powerless and compliant staff associations.

While we would expect some hostile private sector employer to be anti union, we have organisations in this country masquerading as socially responsible charities. They not only refuse to recognise trade unions but carry out trade union busting to threaten and frighten union activists and members.

Forum, we must use our influence and power in Labour Link to force all employers to recognise the human rights of their workers. We can work with Labour councils and devolved government to force the issue of trade union recognition in public procurement. While a Labour government appears now to be a long way away we must start now arguing and campaigning for this policy to be adopted by our Party.

We must also still press for an independent enquiry into the governance arrangements of those who provide public services. Even some Tories recognise that some 3rd sector organisations have turned themselves into a mates club whose senior management team feasts upon the public purse.

Forum, please support this motion and help send a message that trade unionism is your fundamental human right and we will not tolerate attacks on our human rights from anyone. Forum, I move".
Posted by John Gray at Tuesday, July 07, 2015