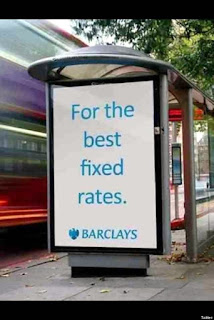 This post was published on LabourList today. Tomorrow (20 July 2015) at 4pm the Select Community on Communities Local Government will hear evidence from the Channel 4 Despatches programme and their expert witnesses.

As Newham Councillors we were horrified to watch the Channel 4 Dispatches programme ‘How Councils Blow Your Millions’, which was broadcast last week.  It is astonishing that nearly a decade after the Banks nearly destroyed our economy with their dishonesty and greed, they have been caught out yet again ripping off taxpayers; and in our case hard-working Newham residents.

This time they are stealing millions of pounds every year in high interest charges for mis-sold and even illegal 70 year loans called LOBOs.  This is at a time when Newham, one of the poorest councils in the country, is facing savage cuts to its budget.  LOBOs are toxic loans, which rely on a City form of financial gambling called derivatives. The dice in LOBOS is rolled almost completely in favour of the Banks. Councils, who are deceived with the complexities of such financial products, signed up to these loans at fixed interest rates which they have to keep on paying even though interest rates have dropped like a stone to historical lows. If interest rates go up then the Banks can raise the rate on the LOBO or they can demand repayment.

It has been estimated that Newham pays an extra £13 million in interest payments per year on our portfolio of £563 million worth of LOBOs. This is over a £1 million per month or £250,000 per week. Newham are paying nearly 8 per cent on some of its LOBOs, while nowadays local authorities can get loans from the Government for 1-1.5 per cent. It would cost Newham hundreds of millions of pounds in so called ‘break clauses’ if we tried to repay the money early.  Nationally, Channel 4’s Dispatches estimate that councils up and down the country are paying £163 million extra per year on £15 billion of LOBOs.

So what can we do about this? It was good to hear Clive Betts, chairman of the parliamentary committee, which scrutinises local government, call for an inquiry by the regulator into the behaviour of the banks, but this is perhaps shutting the door after the horse has bolted.

Instead there must be a collective approach by all councils that have been ripped off.  As Newham councillors, we have been investigating LOBOs for several months and have spoken to a senior City law firm that specialise in suing Banks and other financial institutions. They have told us that we have a case for mis-selling and for having the LOBOs set aside because they are in fact derivatives.
Councils are forbidden in law from using derivatives and therefore the loans are what is called “ultra vires” and should be discontinued. Hammersmith and Fulham Council were able to this in the 1980s when they got involved in similar derivatives mis-selling scandal.

This legal fight will cost money since the Banks always contest such things in the first instance and they have long pockets funded of course with our money.  That is why we should share the burden amongst Councils affected. Labour Councils up and down the country who are especially affected by the LOBOs scandal, should be writing to the Local Government Association and urging them to take the lead on this.

The only alternative is to do nothing and keep on paying millions and millions of pounds that we haven’t got. That is not an option when hard working residents across the country face the prospect of local services being diminished because of local council budget cuts driven by central government’s austerity drive.

John Gray and Rokhsana Fiaz are councillors in the London Borough of Newham"
Posted by John Gray at Sunday, July 19, 2015