"LOBOs and the confessions of an ex-auditor" 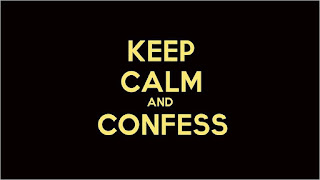 He thinks that the arguments that LOBOs were better than PWLB (the government Public Works Lending Board) are "somewhat disingenuous". The big numbers thrown by critics do not "illuminate the evils inherent in LOBOs"  To be fair he seems to be not a great fan of any long term fixed rate loans.

He "fesses" up that as an auditor at the time there was little thought about whether "LOBOs had unlawfully sneaked Bermudan swaptions" back into Local Government finance (after I assume the Hammersmith & Fulham debacle).

The suspicion is that LOBOs appeared attractive since loans could be rolled over and spread for unprecedented time periods.  Also the initial "teaser" interest rates (some 0%) provided short term financial relief.

His final thoughts were that this is still relevant since "it is still the episode from my twenty-year audit career that I remember with most concern about the enduring question of the acceptance of advice without due critical reflection". So I think he means if it happened once, it could happen again.

This is the only commentory I have read in mainstream council media that "suggests" LOBOs were a bad deal for local authorities. Unlike the Housing Association world where it is widely accepted that LOBOs were a disaster, in Local Government, we still have our heads buried in the sands.

If you are in a hole, the first thing to so is to stop digging and get yourself out of the hole. Councils holding large amounts of LOBOs should accept that they have been mis-sold unlawful loans and then combine together (with housing associations) to sue the Banks and the advisers.

Otherwise we face spending billions of pounds that we haven't got on profits for the Banks paid for by further slashing and burning public services.

Can we start this by having some more confessions please.

If you don't have a clue what I am talking about (not an uncommon occurrence) check this article http://grayee.blogspot.co.uk/2015/07/how-banks-are-ripping-off-councils-and.html