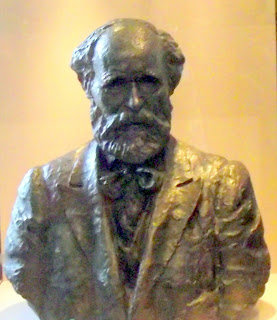 Today (4 July) is not only the anniversary of the United States Declaration of Independence (arguably the only successful British Revolution) but also the election of the first ever Labour MP, Keir Hardie.

He was elected for West Ham South in 1892. Photo is of the statue in Stratford Old Town Hall (modern West Ham) where the election count took place and Keir later spoke to the cheering crowds from its balcony.