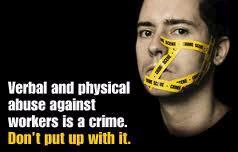 Most people join a union for personal advice and support at work or the benefits of having collective bargaining over your terms and conditions.

Free legal advice and representation by trusted and expert union lawyers is also something to bear in mind.

"Three UNISON members working in a care home have received compensation totalling £60,000 after a violent incident at work in which they were attacked by a service user.

The three UNISON members work as night workers in a care home in South London. In March 2014 they were attacked at work by a service user and had to lock themselves in the staff toilets while police were called. There had been several previous incidents with the service user; despite this, their employer had not carried out an adequate risk assessment.

The three night workers suffered physical and psychological injuries and all three lodged personal injury claims with Thompsons solicitors. They were supported by their UNISON branch in their return to work and Thompsons negotiated compensation for their personal injuries amounting to £60,000 in total.

“These kinds of incidents will only grow more frequent as cuts to social care budgets increase the pressure on service providers,” said UNISON Housing Associations branch manager/organiser Josephine Grahl. “Care and support staff are doing a very difficult job in underfunded, overstretched services; however, we’re glad that UNISON were able to support these members to return to work and to get the compensation they deserved.”

Linda, one of the members, said: “It took me a long time to recover from a really shocking and upsetting incident; I’m really happy that my union were able to support me throughout this time and to get me compensation for the injuries I suffered.”

· UNISON represents 1.3 million workers employed in the public sector, by private contractors and in the not-for-profit sector, including over 20,000 members in housing associations. The UNISON Housing Associations Branch represents over 3,000 workers in social and supported housing across Greater London.
Posted by John Gray at Thursday, July 09, 2015