The State of London? 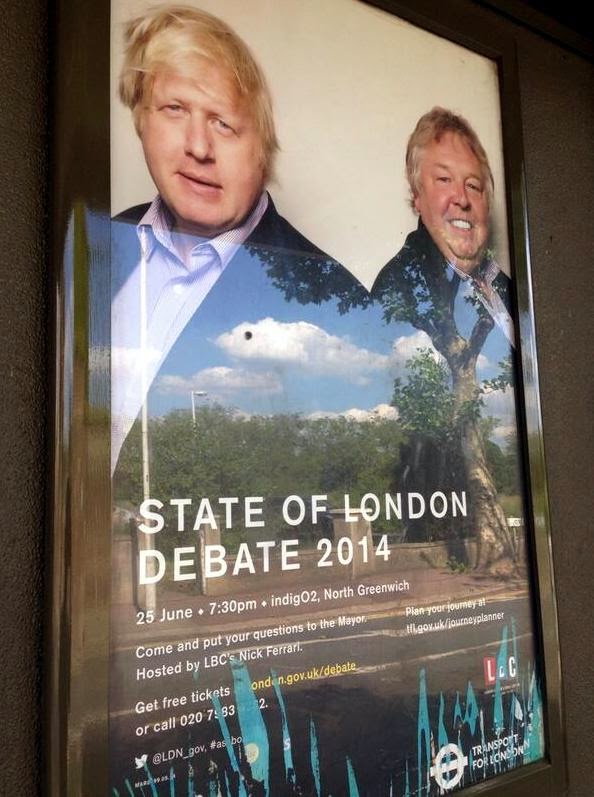 Hat tip tweet from new Forest Gate Councillor, Rachel Tripp, for this picture of an advert for the "State of London Debate 2014".

"The 'state of London'? I cannot imagine an image which represents London less than this one".