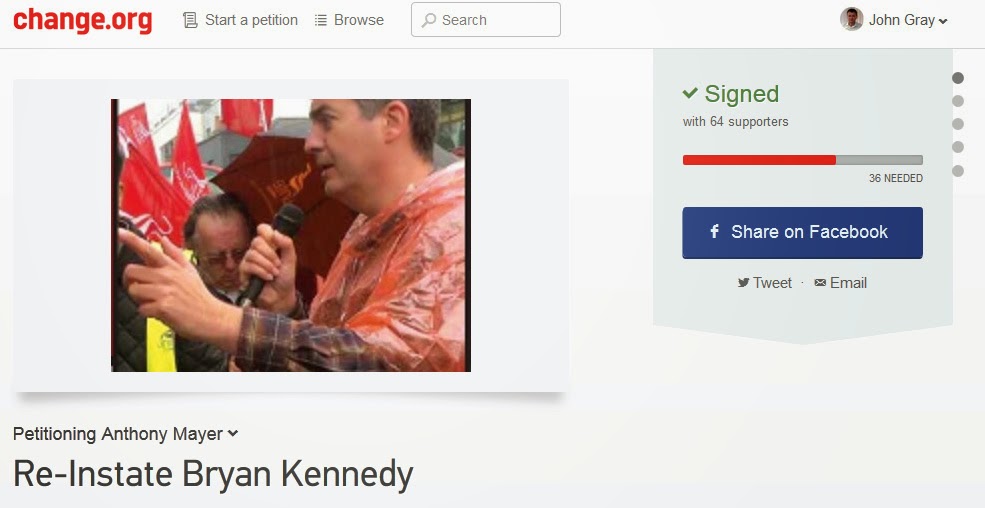 Sign the petition here demanding that Unite Steward, Bryan Kennedy, is reinstated after being sacked last week by One Housing Group.

Bryan led a strike at One Housing Group over pay cuts last year.

Bryan has spent his entire career in social housing and has a young family to support. His sacking is further evidence on how completely out of touch and control the Housing Association sector is becoming.  A future Labour government must end the cronyism and corruption that is epidemic in far too many associations, big and small.

Those Associations who have managed to maintain their principals and remain accountable and true to their social housing traditions must take action to distance themselves from the rogue elements who are in my view going to bring about the downfall of the whole sector.

We cannot trust these people anymore with public money.
Posted by John Gray at Sunday, June 22, 2014