Keep the Faith (with LABOUR) 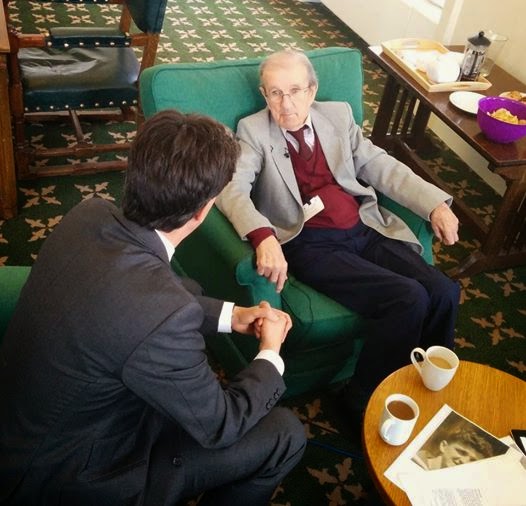 The ideology of the Tories this country can no longer savour
All I ask is that you keep the faith with LABOURIt is the ‘ordinary’ people they will always representOr perhaps the extraordinary is what I really meant
For the 99% can do so much better not worsePlease read the wise words in the following verse
Labour represents social justice and the plight of othersStand beside us united as sisters and brothersWorking class people are joining Labour againRecognising the urgent need for them to be in NO.10
It is obvious the non-labour left are going nowhereSo join us today and show that you truly care
Listen to what Ed Milband has to sayDon’t be influenced by the propaganda of the dayHe has integrity is honest and decent, he has a great planHe understand the needs of every child, woman and man Labour will do all they can to sort out this messBuild more houses, reduce tuition fees and save the NHSThey will also scrap bedroom tax and the gagging actIntroduce the 50p and mansion tax, that is a fact
They will be rid of firms like Serco , G4s and ATOSTarget zero hours and employers who don’t give a tossJoin the activists that are determined to fightFor policies that are after all our human rightLabour are the only party that will do it for you
For a left and equitable political and humane view Ignore the dirty politics the hype and the spinTo not be involved in your own future is surely a sinGet behind your local labour candidates support their causeDo whatever you can, to open up those closed doors Keep the faith, be the change you want to seeBe assured of a better place to live for you and me…
Hat tip ©Suzi@politicalsanity 2014 via Sue Jones on Facebook.
Picture Ed Miliband "Today I met Mark Radley who served on the same ship as my dad during the D-Day landings. He and my dad were only 19 and 20 years old when they set sail for France. We must never forget the bravery and sacrifice of those who fought fascism for democracy during the Second World War: http://labour.tw/UfwxDS"
Posted by John Gray at Friday, June 06, 2014