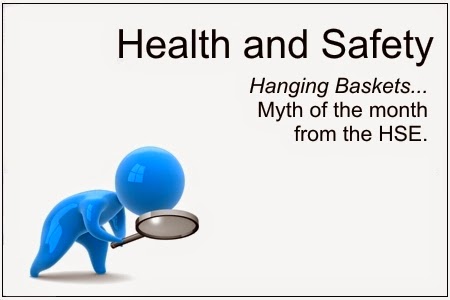 A very surprising article by a Torygraph Leader writer. What next I wonder? "Paying taxes is good for you!"? Hat tip TUC Risks e-letter

And yet the Health and Safety at Work Act (HASAWA), which is 40 years old this summer, has arguably saved more lives than any other piece of legislation, including the ban on drink driving or the compulsory wearing of seat belts in cars. It may well have reduced deaths by 5,000 or more.”

He added: “Forty years on, the Act has achieved what it set out to do, which is to insist upon high standards of health and safety in places of work. All we need do now is to apply the law with the common sense that inspired it in the first place.” The article mirrored comments earlier this year by HSE chair Judith Hackitt.

In a January blog she wrote: “This year will mark 40 years since Health and Safety at Work Act received Royal Assent. Arguably it is one of the best pieces of legislation on the statute books – although we know it is often misunderstood and misinterpreted. It has protected millions of British workers, and driven sharp reductions in incidents of occupational death, serious injury and ill health.”

This week the government’s latest attempt to weaken the lifesaving law, measures in the Deregulation Bill to exempt most of the self-employed from HASAWA’s scope, returned again to the House of Commons.

A lasting tribute to Michael Foot.

The UK health and safety Hasawa legislation also gave a basis for EU and Australian safety laws, becoming much more useful not only in UK but globally.
Mike.