After the week that was - UNISON Conference #uNDC14 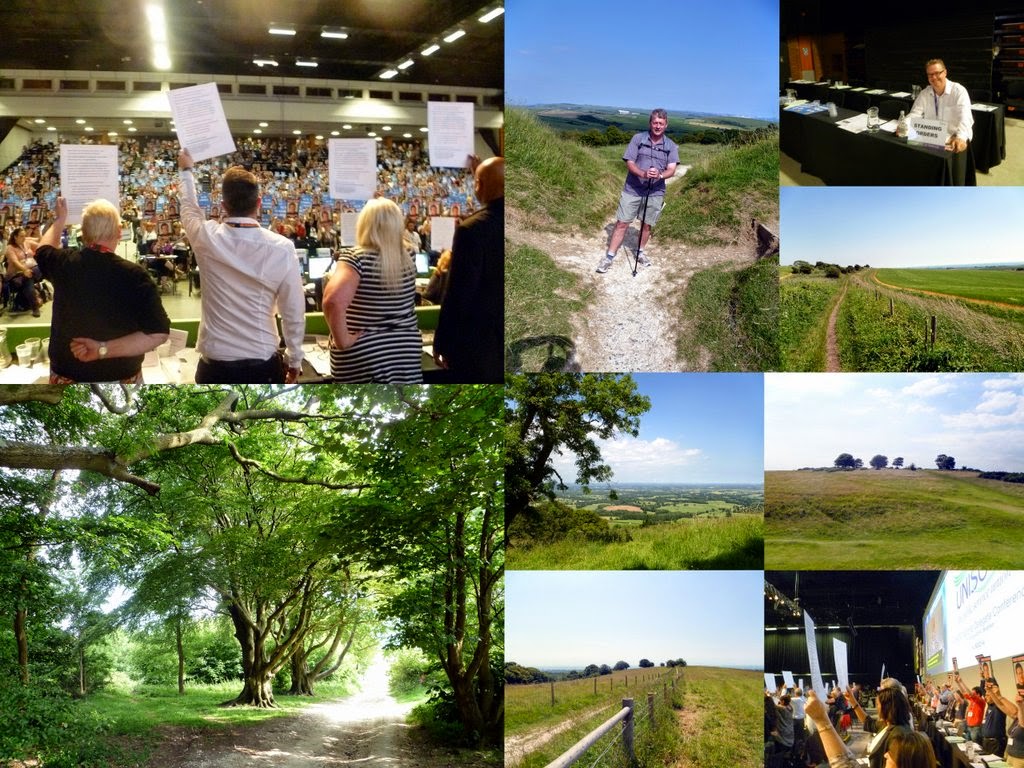 On Friday afternoon after the close of the 2014 UNISON NDC conference at Brighton, I went to nearby Worthing for the weekend to recover.

On Saturday I went for 10.5 mile walk across ancient iron age forts in the South Downs. The weather was simply glorious, very warm with blue skies but there was a nice cooling breeze.

You could see Brighton in the far distance. I had spent the last 4 days from 9am to 6pm in what is fundamentally, a very large shed with up to 2500 other people. Walking outdoors in shorts, sandals and tee-shirt in beautiful countryside was a real treat. It was strange to start the day without a standing orders committee report mind!

It had been a very successful conference and we are now clearly taking the fight over low pay to the government. We were I think on the whole united and "in UNISON". Bizarrely one of the few disputes in the conference hall originated in the squabbling and infighting following the demise of the extremist so called "United left" group.

While I may wish the ultra left trotskyist "permanent revolutionaries" will stop fibbing their manta at the end of every speech that "their union money is going to the Labour Party" (the truth is that it is only from members who choose to pay the Labour Link levy), I enjoy their distinctive sleep inducing "house style" of speaking, which in the absence of hard liquor makes listening to them bearable.

While none of the motions that I was due to speak on behalf of the NEC came up high enough in the agenda, I did enjoy listening to the debates and the fringes. I was able to help out my branch delegation with speech writing and chaired the Capital Stewardship fringe.

A highlight of conference for me was the election by the NEC of Eric Roberts (London Ambulance Service branch secretary and Health NEC) as a new UNISON Vice President. Eric is a London comrade and top trade unionist. I look forward to him being President of the union in 2016.

I will post further reports on Conference as and when I write them up.