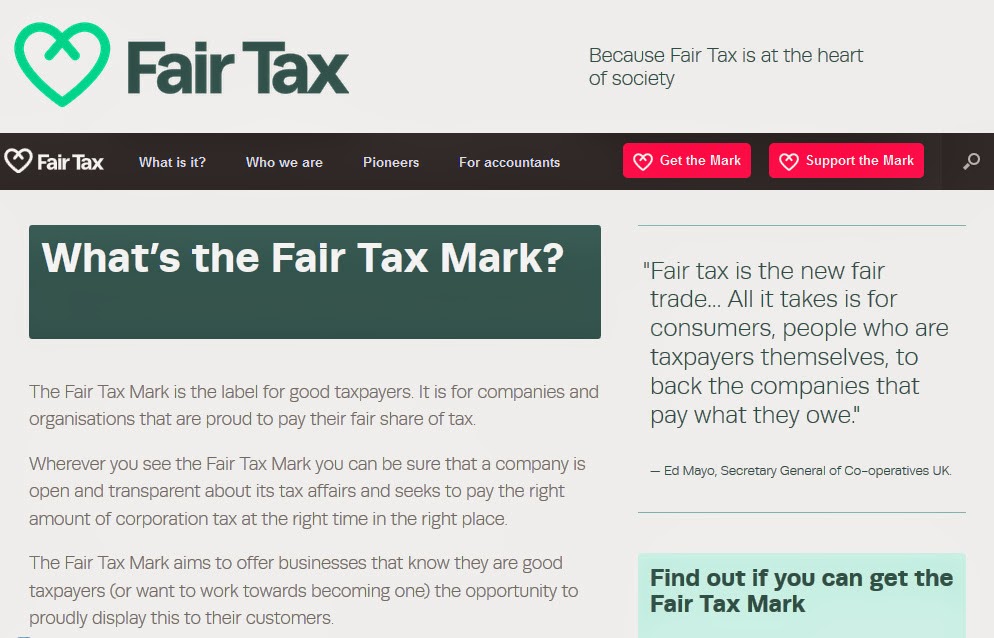 Recently Richard Murphy, the respected "anti-poverty campaigner and tax expert", spoke to a Business meeting of the Local Authority Pension Fund Forum (LAPFF) about the "Fair Tax Mark" campaign he has helped found.

"The Fair Tax Mark is the label for good taxpayers. It is for companies and organisations that are proud to pay their fair share of tax"

Richard told us that the issue of "tax" has become sexy in the UK and elsewhere. In the last 5 years the general public "has got it". It now beats the level of director pay as a top issue of public concern.

Tax is also now a core governance agenda. Tax avoidance creates an investor risk since boycotts by consumers who have no choice but to pay their own taxes impacts on on cash flows and makes business valuations uncertain. The "Fair Tax Mark" was started in  Feb 2014. It is UK based and rates company that don't avoid taxes - a better risk for investors.

Proper transparency and disclosure of tax policy, risk and liabilities is key.

I asked a question about what was the economic cost to Amazon for being exposed as cheating on its taxes. Richard said he did not know but pointed out that Npower had lost significant numbers of valuable customers when they were exposed by the Daily Mirror for avoiding £100 million of tax by having  a head office in Malta. Also even John Lewis Partnership has been damaged since it will not disclose what it does with its accounts in the Isle of Man.

One of my favourite quotes is from the American Supreme Court Judge, Oliver Wendall Holmes, who said "I like to pay taxes. With them, I buy civilisation.”
Posted by John Gray at Thursday, June 12, 2014