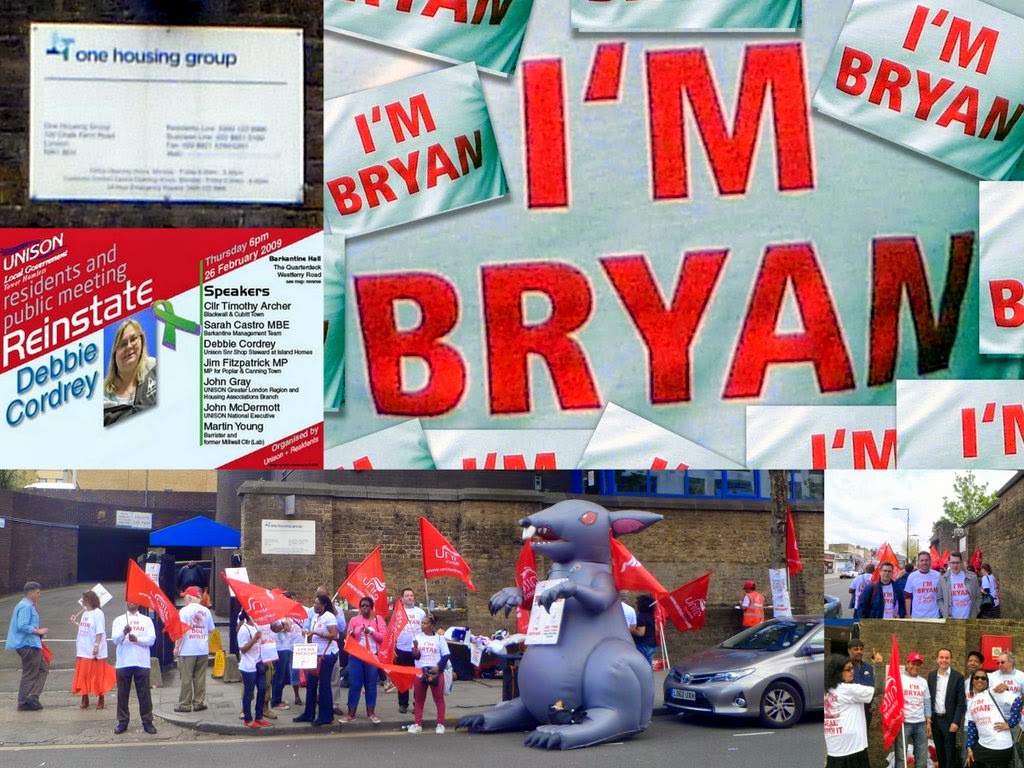 This lunchtime I went to support the strike picket line outside One Housing Group headquarters in Camden, London.

The local Unite trade union conveyor, Bryan Kennedy, for One Housing Group is suspended and on 20 May he had a Gross Misconduct hearing. He is still waiting for an outcome!

His members believe that these allegations are simply nonsense and One Housing Group is victimising Bryan for his trade union activities because he helped organise strike action last year to try and defend low paid members facing pay cuts.

One Housing has of course got form for sacking trade union reps. See on left of collage a poster organised by UNISON in 2009 for senior steward Debbie Cordrey, who was sacked by One Housing Group for sticking up for her members.

A large number of London trade union activists,  MP's and Councillors think that One Housing is a pariah who is damaging the wider reputation of all Housing Associations. Note pictures in collage of Labour Councillors and London Assembly members, who have attended lobbies in support of Bryan.

Housing Associations are dependent upon public money and many are very badly run and we cannot tolerate such fundamental governance failures and abuses.
Posted by John Gray at Monday, June 09, 2014