"Why Boris Johnson should not decide where we invest our pensions" 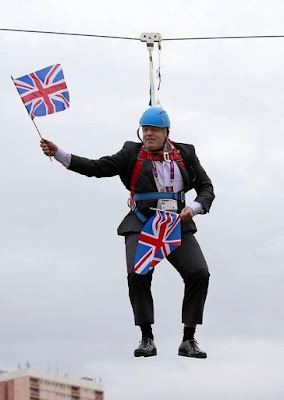 On Tuesday I spoke at a seminar on the Government's attempt to instruct Council pension funds that they can only invest in accordance to their political prejudices.

On Thursday Professional Pensions published my article below

"John Gray explains why pension funds should be invested in members' interests and not at the whim of the current foreign secretary.


Over five million people rely on the Local Government Pension Scheme (LGPS) to pay them a pension. So ensuring that the LGPS is invested in scheme members' interests, and not the interests of the current UK foreign secretary, Boris Johnson, is of paramount importance.
That is why the recent victory by the Palestine Solidarity Campaign in its judicial review of new government requirements to make LGPS funds follow the whims of the Foreign & Commonwealth Office and Ministry of Defence is so important.
Since the government has publicly announced it will appeal this decision, it still remains a really important issue. And if the government can get away with directing public pension funds as to where they invest then this should also be of concern to all private pensions funds.
To be crystal clear, pension funds must be run in the interests of scheme members. But if these members indicate, for example, that they don't want their pensions to be invested in companies involved in the occupation of Palestine and in the abuse of Palestinian human rights then funds have a duty to respond.
Now, you need to have clear, democratic and open mechanisms about how you gauge such concern, but the overriding justification for this concern is not just about politics but about risk.
There is also a stack of evidence and guidance from the Law Commission and others that non-financial or ethical considerations can be the basis for action. Or even failure to consider these considerations could be a basis for legal action against pension trustees and advisers.
Companies with business interests, for example, in the occupied Palestinian territories are placing themselves at significant reputational, legal and regulatory risk. Risks that also affect investors and our pensions. Risks that the government highlights in its own overseas business guidance. A document that makes it clear the government does not encourage or offer support to business activity with the illegal settlements.
Where funds invest in these companies their statement of investment principles should explain how they will manage and minimise these risks. In this case I would hope that if companies realise they cannot reduce these risks they will cease any activities that give rise to them.
Where a company refuses to listen to its investors' concerns and continues to act in a manner that may even undermine international law, then of course divestment may be necessary as a last resort, but it is far better to get a company to change its business practices first.
However, let us be very honest, to have a successful engagement policy, you must have, at the end of the road, an effective stick as well as a carrot. If companies believe you will never actually disinvest then engagement will simply not work. The reputational damage and the possible increase in the cost of raising capital by disinvestment is key to getting companies to change behaviours.
When the government consulted on their proposed changes to the regulations, my union's branches (Unison) submitted hundreds of consultation responses, got almost 106,000 members to sign a government petition calling for a parliamentary debate on the LGPS, and worked with the opposition to challenge the changes.
So congratulations to the Palestine Solidarity Campaign for fighting this injustice through the courts. The guidance has been withdrawn and there is unlikely to be an appeal hearing for at least 12 months due to court delay. In the meantime, all of us who believe that pension funds must be run in the interests of their beneficiaries and not politicians should join us in opposing the appeal.
John Gray is a trade union appointed representative on the Tower Hamlets Council Pension Board, writing in a personal capacity"
Posted by John Gray at Friday, July 21, 2017