Who owns all the land in the UK? 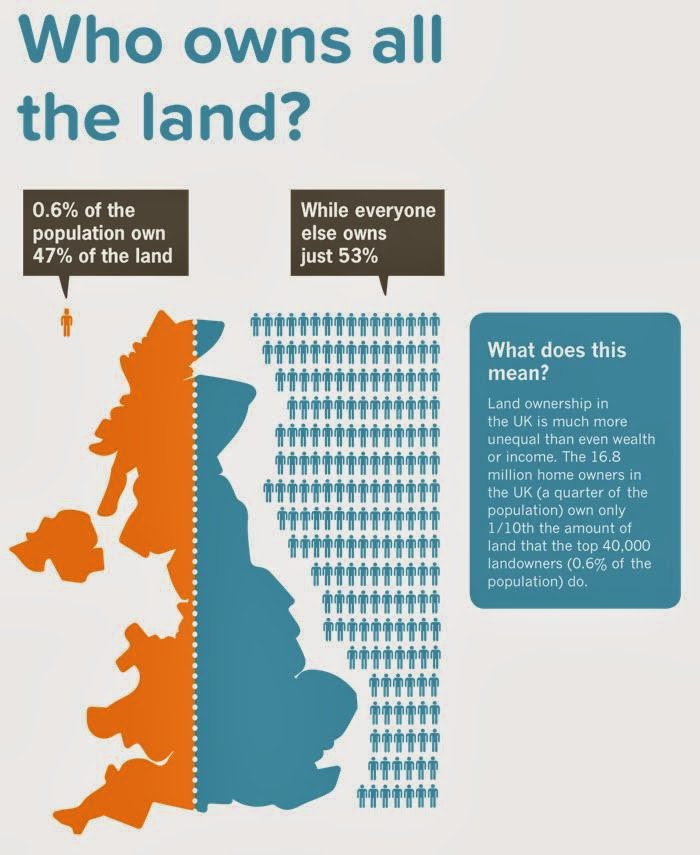 So 0.6% of the population own 47% of the land!
Check out "Inequality Briefing"

Their source for this picture is "Kevin Cahill’s comprehensive analysis of land ownership in Britain, Who Owns Britain (Canongate, 2002)".

It makes you think about all the wealthy landowners who pay no tax on their land  receive large subsidies from the Government and the EU.

Then contrast with the rest of us who have to pay Council tax (a form of Land tax?) on our properties. This doesn't seem fair at all.

However, I am not sure what is the percentage of land is owned by collective bodies (Forestry Commission, National trust etc). I would have thought this would be quite significant?  Would this make any difference to the figures?

The UK is often portrayed as an "overcrowded" Island. Yet when you go walking in the hills and countryside or when you fly over the UK is often doesn't seem like this. Even 30 minutes drive from East London you can walk in relatively empty countryside and hardly see a soul.  Only 7.5% of the UK is actually "under concrete".

Is one reason for sky high house prices in the UK this huge inequality of land ownership?
Posted by John Gray at Sunday, February 09, 2014