"The police need to provide swift answers after the death of Rashan Charles" by Seyi Akiwowo a councillor in Newham, east London

After having a great time at the Afropunk London festival last weekend, I followed my usual ritual before going to bed on Saturday night: checking to see what I had missed on Instagram during the day. I came across the clip of CCTV footage that appeared to show a Metropolitan police officer attempting to restrain 20-year-old Rashan Charles from east London, who shortly afterwards took his last breath. I was stunned and confused. I closed the app with a heavy heart and said a prayer for Rashan and his family. 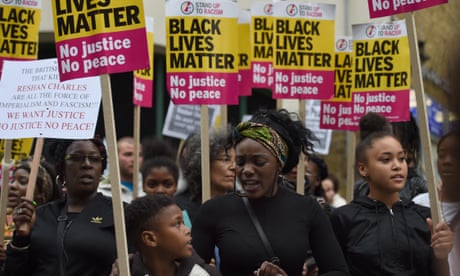 Read more
When I saw the statement from the Independent Police Complaints Commission (IPCC) the next morning, reporting that it had “obtained evidence which indicates an object was removed from [Rashan’s] throat at the scene”, I instantly thought of Edson Da Costa. Just four weeks ago, 25-year-old Edson, also from east London, died after contact with the police. The IPPC also said that “the pathologist removed a number of packages from Mr Da Costa’s throat”.
I am a local councillor in Newham and the deaths of two young black men in east London in a matter of weeks is a cause for concern, to put it mildly. At this stage there is a lot we still don’t know about both cases and we should wait for the independent investigation to be completed, but I’d like some questions to be answered.
Whatever the packages or objects that were removed from Rashan’s and Edson’s throats were, is there is a safe way to do this? Is there a protocol? Is there a different protocol at an airport if someone is suspected of smuggling something? Does and should the same protocol apply to officers on the beat?
Were the circumstances the same as those of Edson’s death? If so, have the Met been recently given sufficient training and guidance to properly and safely assess the danger a person is in and be able to remove objects from someone’s throat?
If these cases were drugs-related, is this symptomatic of a wider drugs problem in east London? If so, why are drugs still a problem in 2017? Since 2010 we’ve seen central government cuts to local authorities’ budgets on an unprecedented scale, year after year. This has resulted in cuts to non-statutory services such as youth and drug prevention services. We’ve also seen cuts to the public sector and police budget. Police officers are essentially being asked to do more with a lot less. Information on our rights when being stopped and searched by the police is readily available; this should include the searching or removal of objects swallowed.
Part of the anger following this death, expressed by some at a vigil on Monday, is the suspicion that excessive force was used because of the colour of his skin. We know that black men are more likely to be treated harshly by the criminal justice system, at the stages of arrest, charging, prosecution and imprisonment.
Would witness statements and accounts from arrests of non-black people in similar circumstances mirror how we saw Rashan being treated in the video? 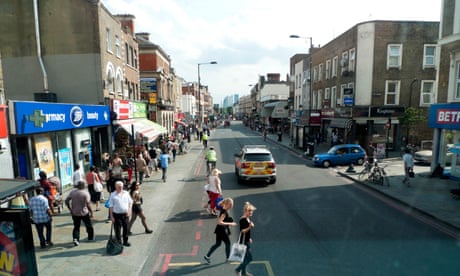 Read more
These questions are by no means accusations. I regularly work with the police and have seen first hand how hard our local Safer Neighbourhood Team work to keep our community safe. We hold joint surgeries and the team are responsive to the concerns residents have. I see them out around the ward: they produce quarterly updates, they hold various safety sessions and they actively build relationships with our diverse community. I feel this is important to say as, like politicians, they are often negatively generalised.
In recent dealings with the police for online abuse I received, they were helpful and supportive. However, just like politicians, the police are accountable to the public. Additionally, not everyone has or has had a positive experience with the police. There is still a lot more the police need to do to rebuild trust with community groups, beginning by being more representative of the society they represent. This is why, instead of being able to quietly mourn the death of yet another young man from our community and paying respect to his family, many are angry and suspicious of the police and demand the media cover the case accurately and without bias.
In the UK, we believe in the principle of innocent until proven guilty and this extends to the police as well as Rashan Charles. The police, the Home Office, the Greater London Authority must respond quickly to deaths following contact with the police, working with community groups and leaders, giving as much information as possible as soon as they can. Otherwise, rumours will fill the vacuum in which myths are created and fictions believed – and that is not in anyone’s best interest".
Guardian  https://www.theguardian.com/commentisfree/2017/jul/26/police-swift-answers-rashan-charles?CMP=Share_iOSApp_Other