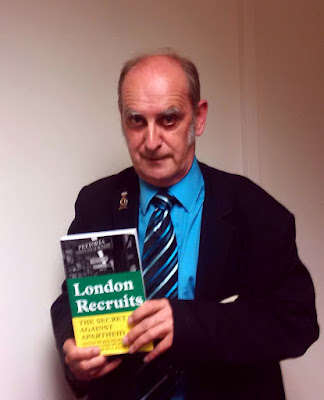 I had a meeting this evening with Peter Smith, Teachers Union NUT lead in Newham about Education Cuts.

In his youth Peter had been one of the "London Recruits". As well as books there is a film out next year about their role in the struggle.

"The book details the secret activities of foreign volunteers, especially from the United Kingdom and the rest of Western Europe, who worked covertly to assist the African National Congress during apartheid. These volunteers were mostly young communists, socialists and Trotskyists. The book reveals work done by volunteers, such as the transport of anti-apartheid leaflets and cassettes from London to counter the South African government's own overseas propaganda machine".
Posted by John Gray at Wednesday, July 12, 2017