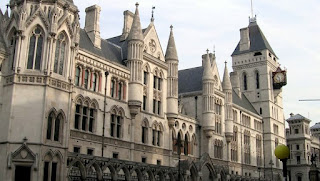 Following on from the victory over employment tribunal fees on Wednesday.

"UNISON has won a landmark court victory today (Friday 28 July) that makes it much harder for employers to ignore staff when making major changes in the workplace.

The Court of Appeal ruling means that for the first time employers will be obliged to consult with unions around any workplace issues that affect their members.

Until now, unions only had the right to be consulted where the law required this, for example in TUPE regulations where employees transfer from one employer to another, and in redundancy cases.

The ruling means employers will also have to involve unions in issues such as those around working hours and holiday pay.

It will benefit thousands of employees whose rights at work are under threat and means that employers will face greater scrutiny over their treatment of staff, says UNISON.

The victory came about after the union took up a case involving parks police who were made redundant by the London Borough of Wandsworth.

The Court of Appeal ruled that UNISON had the right to be consulted by Wandsworth over the job losses.

UNISON general secretary Dave Prentis said: “This is the second major legal victory in a week for working people. It means that employees in any workplace where there’s a union will now benefit from greater protection at work.

“The message to bosses is they will have to treat their staff more fairly over pay and working conditions. If they fail to consult unions then they will be acting unlawfully and could be taken to court.”
Posted by John Gray at Sunday, July 30, 2017