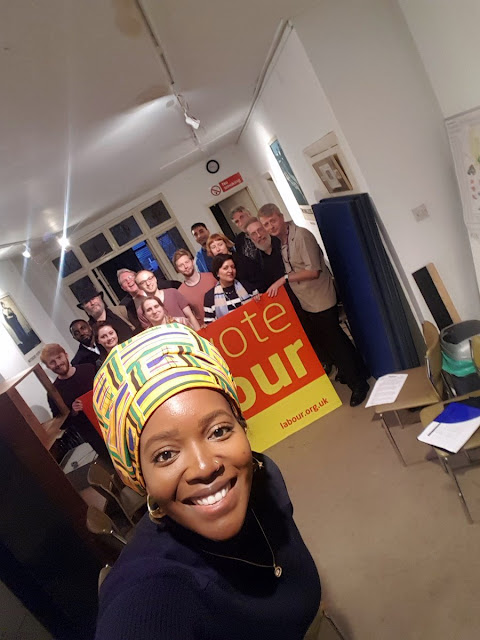 This picture is from Wednesday evening, when we had a West Ham Labour General Election "Wash Up". CLP Officers, Branch organisers and secretaries were invited to our headquarters in Stratford to talk about and debate, what went right with our election campaign, what could had been done better and preparing for the next General Election (which who really knows but could happen anytime soon).

It was a constructive and honest debate and as the Parliamentary agent for the election who chaired the meeting, I am pleased that everyone present contributed. A report on our findings will be sent out to the CLP. A working group on social media was agreed and will meet soon.

On the whole, most things went well in the election and of course, we won in West Ham with a massive increased majority for our MP, Lyn Brown with 77% of the vote. However, we need to get out more of  our 2,000 West Ham Labour members being active and out campaigning and door knocking in marginals.

This is a really exciting time to be involved in politics and I cannot wait for the next General Election and for the West Ham campaigning machine to play its part in electing a Labour government.

(selfie of us with our top CLP Women's Officer, Cllr Seyi Akiwowo)
Posted by John Gray at Saturday, July 29, 2017