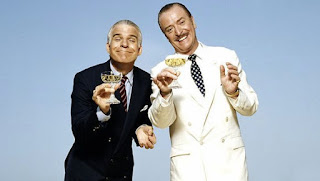 My UNISON branch have agreed to composite (merge) this motion with similar ones at this years' National Delegate Conference.

Firstly, employers are not putting enough into most pension schemes which means workers will retire in poverty and secondly, even before they retire, they face being ripped off and conned out of their inadequate savings pots.

The Tories appear not to care about the financial misery and mayhem that they are causing.

"The Westminster government announced in its last Budget that it planned to allow all those who have been contributing to Defined Contribution (DC) pension arrangements, the option of being able to take their whole pot of money as a cash sum from 6 April 2015.

The government plans to extend this option to members of Defined Benefit Pension Schemes that have funds including the Local Government Pension Scheme (LGPS), Social Housing Pension Fund and the Pensions Trust.

Members of unfunded pension schemes like the NHS Pension Scheme will not have this option.

Conference expresses deep concern regarding these proposals. Conference should be aware that converting pension into a cash sum may be in the best interests of a small minority of members but there are serious dangers that our members' and their schemes will face.

The risks posed by these proposals are:

1)Likely to cause cash flow problems for the funded schemes if a significant number of members transfer their money out of the funds;

2)Generally not in best interests of scheme member as they are likely to be paying tax where otherwise they would not - but temptation will be great;

3)Likely to worsen annuity rates further so for many members of Defined Contribution arrangements there will be no choice but to take it as cash and suffer tax;

4)Experts anticipate a new market in pension scams to target these lump sums;

5)Potential for vulnerable pensioners to be coerced into cashing in their pensions for someone else’s financial gain.

However, Conference believes the most pressing pension issue at the present time is not being addressed at all. The biggest vulnerability for future pensioners lies with the inadequate level of employer contributions to Defined Contribution arrangements where there is no benefit guarantee and the member takes all the risks.

Low employer contributions mean that the pensioners' retirement pot is going to be unable to provide adequate income in retirement. It is the fundamental reason why pension pots in the UK are so small.

Conference recognises that UNISON negotiates hard with employers who are closing their defined benefit schemes both Final Salary and Career Average Revalued Earnings (CARE) and replacing it with a DC arrangement, to ensure an employer contribution is as high as possible. However, there is the likelihood that if the employer contribution for the majority of those saving for their retirement continues to be totally inadequate, the pressure to dumb down all pension provision in the UK will continue.

Conference believes that it doesn't have to be this way. In Australia where they have had compulsory employer contributions for nearly 20 years the situation is very different:

Conference recognises the need to obtain properly funded occupational pension schemes but further believes that the failure of successive Governments to set a basic state pension at least equal to the official poverty line figure (currently £175 a week) will result in pensioner hardship.

Conference calls on the National Executive Council to:

ii)Organise a member information campaign which explains the potential dangers, pros and cons of cashing in pension fund savings and where possible promotes the benefits of remaining in the LGPS;

iii)Lobby the Financial Conduct Authority and the Pensions Regulator to ensure proper safeguards for members of pension schemes that will allow members to choose to take all their benefits as cash;

iv)Campaign for an increase in the basic state pension to at least the poverty line figure;

v)Work with the TUC, STUC, WTUC and ICTU and the National Pensioners Convention.
Posted by John Gray at Monday, June 01, 2015