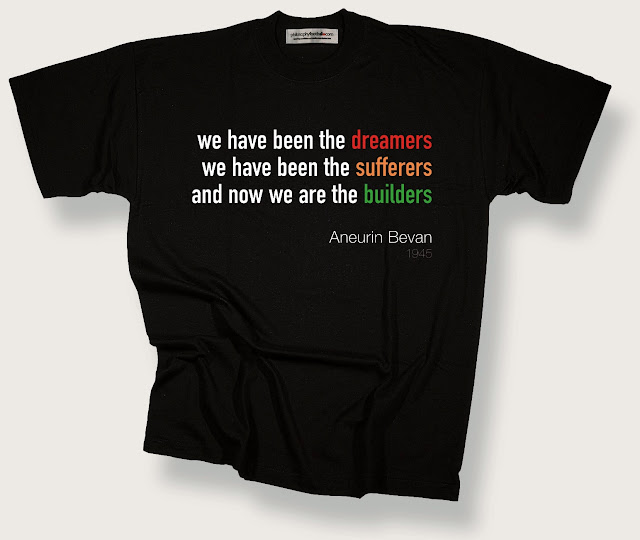 It has been a gap since last advert but another great tee-shirt from Philosophy Football. This time to honour the socialist wordsmith, Aneurin Bevan and the Labour Government of 1945. This is what democratic principled political power can deliver.

70 years ago, 5 July 1945 Labour achieved arguably its greatest election landslide ever. In a momentous upset the people while lauding Churchill for his war-premiership turned to Attlee to win the peace. Bevan's three line philosophy summed up what was about to be achieved. The welfare state established, an NHS created, a massive public housing programme, comprehensive education, the railways and other public utilities nationalised. A post-war settlement that lasted until 1979, whatever happened to that politics of hope?

Order the tee-shirt online at http://www.philosophyfootball.com/view_item.php?pid=1235
Posted by John Gray at Monday, June 29, 2015