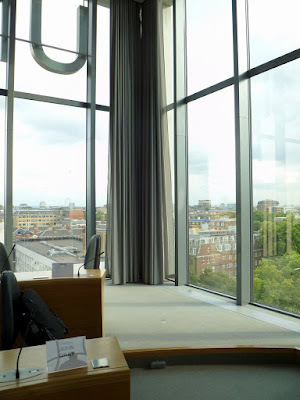 I found out this morning that I had been re-elected for a third term to the UNISON National Executive Committee (which is the UNISON "Parliament" of our 1.3 million members, which runs the union in between our National delegate conferences).

Many, many thanks to all the UNISON branches who had nominated me and all those who voted to support me. I am the Community General seat member for the part of UNISON which organises in the Housing Association and Voluntary sector. 57,433 members were balloted.

While I was pleased to get 1975 votes to 648, the turnout was only 4.9% (and not untypical in these elections) which is appalling and something we simply must-do-something-about and not just whine as some do.

Commiserations to Kieran Grogan who stood against me and to my Community running mate, June Poole, who missed out by only 61 Votes to Jane Bryan who was re-elected to a second term. Congratulations mind you, to Jane.

As in all elections there was a number of shock results and surprises but the NEC is still firmly in the hands of the forces of light and reason for the next 2 years.

I will be speaking in the next few days to some good comrades who lost and some new ones who have just won.

It is going to be a really horrible and tough time during the next few years for trade unionists and we need to make sure that our union is safe, strong and there for our members. I think we have a NEC team that can deliver.

(picture of my old NEC "seat" on 9th floor of UNISON centre in Euston, London. Click on picture to bring up more detail)
Posted by John Gray at Monday, June 08, 2015