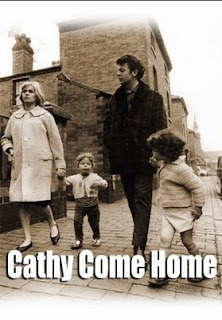 The 1966 BBC television play "Cathy Come Home" about homelessness and its back drop is credited with kick starting many modern day Housing associations.

Sadly, some (not by all means all) have forgotten their social mission and instead become money making machines for their chief executives and senior management team and don't give a damn about the homeless, their existing tenants or their staff.

Another nail in the coffin of the Housing Association movement is the Tory plans to extend the "right to buy" at a massive discount to their tenants. Everyone who believes in the basic human right for secure, safe, affordable and decent housing for all - need to get together and campaign to defeat this proposal.

The emergency motion below has been submitted by my UNISON branch to our National Conference next week. I hope (as always) the standing orders committee will be gentle with us and the motion is debated.

Government plan to extend “Right to Buy to Housing Associations

This Conference calls upon the NEC to :-
Greater London UNISON Housing Association Branch
Posted by John Gray at Tuesday, June 09, 2015