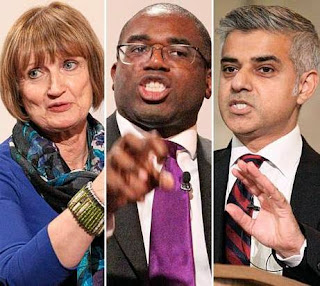 This is a reminder about the survey that all UNISON members who are in Greater London region (and are part of the Applied political Fund APF - also known as Labour Link) received last week.

UNISON is I think the only union affiliated to the Labour Party to survey its members on who to nominate.

There is a longstanding national policy in UNISON Labour Link to prioritise nominating and supporting candidates who are UNISON members..

This policy was agreed by the elected UNISON Greater London Labour Committee, which I Chair. The 3 UNISON members are:-


JOWELL, Tessa
KHAN, Sadiq
LAMMY, David
If you click on the names above you will find copies of the candidates statements.

I have also sent a reminder today to the 1000 members of my branch (Housing Associations) who have chosen to affiliate to the Labour Party.

To sign up as a UNISON Affiliated Supporter and be able to participate in the actual ballot for Mayor candidate (and new Labour Leader and Deputy Leader) go to http://support.labour.org.uk/.   All APF members need to register with the Party to be able to vote. This is free for UNISON members and only £3 if you are not a member of an affiliated trade union. The deadline to register has been extended to 12 noon 12 August.
Posted by John Gray at Wednesday, June 03, 2015