Assaults on Housing staff survey: Why health & safety is a trade union matter 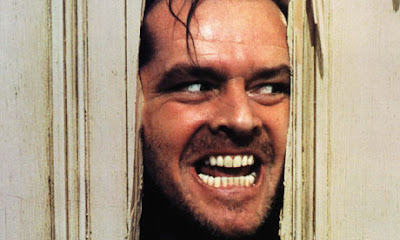 My grown up job is a housing officer in East London. It was about 10 years ago during an eviction in a flat which had been taken over by violent criminals that I was assured by one of them that he would come back and put an "axe in my F......... head".

Thankfully such direct threats of violence against housing staff doing their job are rare - but they do happen.

Well done to Inside Housing for their latest annual surveys of assaults and abuse on housing workers.  They report some horrific stories and accounts of at best incompetent or at worse callous responses by some employers.

After a 22% increase last year there is a welcome 3% decrease this year. However, it is pretty clear that there is a massive problem with under reporting of incidents.

I was quoted in the article "John Gray, who represents housing staff (they should have referred to my branch role not NEC) of Unison, says this issue is often raised by members of the union. ‘There’s a cultural problem,’ he says. ‘Staff feel that if they put a complaint in about a resident, the organisation is so pro-resident they would get the blame for causing the problem.’ This, he points out, is not the way to keep staff – or tenants - safe. If a resident is threatening staff, it is a good bet they are also threatening their neighbours.

And candid assessments by housing professionals cast some doubt on the reliability of the figures supplied by social landlords who told us they had no incidents of verbal or physical abuse to report this year. ‘There’s nowhere where it’s zero,’ is Mr Gray from Unison’s assessment. ‘Zero means that stuff is not being reported.’

I had quite a long interview with Inside Housing. I also mentioned that Housing organisations that report little or no assaults, or do not collect data, are clearly failing in their legal duty to protect staff and putting themselves and senior managers at risk of criminal prosecution.

Organisations and senior managers face unlimited personal fines and imprisonment for failing to have an effective health and safety management system in place. A failure to properly record, investigate and respond to assaults which is later linked to a death or serious injury will (and should) result in the risk of jail for the CEO and senior management team.

The best response to violence at work is trade union recognition and a partnership approach by employers and workers towards health and safety. Research quoted here by UNISON has shown that having trade union safety representation can cut workplace deaths and accidents by up to 50%.

It is better to work together to prevent the problem occurring in the first place than letting workers be harmed then punishing those who allowed it to happen.
Posted by John Gray at Tuesday, June 23, 2015