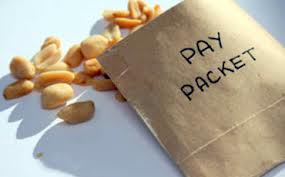 This week there will be a 3 day strike by Unite care and support workers at One Housing Group in London against plans to cut their wages by up to £8000 per year (averaging £2000).   This according to their press release is at the same time that its Chief Executive accepted a £31,000 increase in pay and bonuses.  One Housing Group is in surplus and is winning new contracts with local authorities.


Due to 3 years of pay freezes staff wages have already been reduced in real terms by 13%. Their new proposed salaries are often lower than rates paid 15 years.

Unite members voted by a margin of 83.7 per cent in favour of strike action.

One Housing are refusing to accept any referral to ACAS.

PICKET LINES FOR ONE HOUSING STRIKE

2A Agnew Road, London, SE23 1DJ and literally around the corner 20 meters