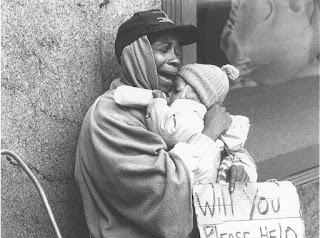 Great post by Ellie on Shelter Website about the slashing by this government of the legal aid budget.

"YouGov polling released today shows that over 50% of people feel that it should be possible to claim legal aid to pay for legal advice and representation if faced with eviction. At a time when so many people are struggling financially and are at risk of losing their home, Shelter is deeply concerned by the most recent legal aid consultation which will make this harder.

As described previously in this post, the government is proposing a worrying set of changes which will leave those facing immediate homelessness with limited access to support. Here is a typical scenario of someone who turns to Shelter for help:
The government’s new proposals would remove the funding for a case like this; where permission to proceed with the Judicial Review (JR) is not granted by a judge. We describe the consequences of this in a letter to the Guardian. While it’s true that a significant number of JRs are either refused permission or withdrawn, this is because many cases, like the one outlined above, are settled in favour of the claimant before the case needs to go that far. The effect of these proposals is to remove funding from cases that are too strong, rather than too weak.

Under other aspects of the changes, many other people will not be eligible for legal aid at all, regardless of how desperate their situation. The proposals demand people prove they have lived in the UK for 12 months – even if they are British citizens, refugees, victims of trafficking or destitute children.

According to the Lord Chancellor, these reforms are driven by two key factors: reducing cost, and improving public confidence. In his Ministerial Foreword, the Lord Chancellor says expenditure on legal aid has “spiralled out of control”. In fact, expenditure has fallen by 25% since its historic peak a decade ago.

In addition, successive opinion polls, like the one today, have found widespread public support for legal aid.  Perhaps in recognition that it is a vital safety net, and that most of us are only a short step – loss of a job, a sudden serious illness, eviction from rented accommodation – from needing it ourselves. In May 2013, a Comres poll for the Bar Council found that 68% agreed that “at less than 0.5% of annual government spending, legal aid is a worthwhile investment in our basic freedoms” and only 11% disagreed.

Every night families across the UK turn to organisations for help, including around 15,000 who approach us a year under legal aid contracts. We are calling on the Minister to abandon these proposals so those families who find themselves homeless can find the defence they need to secure a safe place to stay that night.