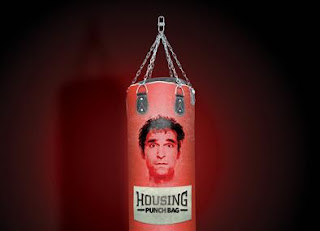 Well done to Inside Housing magazine (again) for their recent survey of housing workers. 83% believe that they face more risk of violence at work due to welfare cuts and 41% feel less safe than they did 12 Months ago.

I had been interviewed by their reporter and was quoted "Housing officers are going to be expected to evict model tenants who have never caused any problems, who due to austerity and welfare reforms [are unable to pay their rent]. It is expected that tenants and their relatives are going to get angry.’

In a second article looking at a rise in verbal and physical assaults during the past 12 months there was a number of horrendous quotes from different housing staff who are shouted and sworn at on a weekly basis; kicked; punched; shot at with a air rifle; had a bowling ball thrown at them from a high rise; threats to kill; threats to burn down their homes and kidnap their children.

What is also worrying is that 75% of staff believe that their employer is not doing enough to protect them and 25% think it is pointless reporting such incidents to their boss since it would be a "waste of time". They also believe cuts in staffing levels have made the risk worse.

Until we can get rid of this Tory led coalition government unions and employers must work together to try and keep housing staff safe. We need more union safety reps who must be given sufficient time off to be trained, attend joint safety committees, properly inspect workplaces and constantly review updated risk assessments.

Employers need to put their hands in their pockets and fully resource their health and safety advisers, buy decent and up to date protective equipment for staff and most importantly - stop threatening to evict those tenants who cannot pay bedroom tax. There are other ways to collect debt and in many places there is no suitable smaller alternative accommodation to offer them.
Posted by John Gray at Sunday, June 23, 2013

Why should you have a moan about violence. It is nothing to do with cuts. Some people on social housing are plainly "bad" people. No matter how generous the state is, these sort of people will never ever change their ways. I only wish Bevan was alive, I would have liked to see what he though of today's working classes.

You are more concerned about your own members safety, rather then the impact of bad people on a neighborhood.

Yesterday, I had a group of people near my home. There was roudy behaviour. They were shouting. I was awake until 5am. I overheard them talking about how one of them had broken into the other's home and all sorts of domestic issue. This lot would have been at home on the Jeremy Kyle show.

The Labour party is not interested in dealing with ASB, since these troublemakers are your "people".

Just look at what happened to Suzanne Dow.

So you think that violence is acceptable and you shouldn't "moan" about it? Have you ever actually evicted anyone?

Of course this will have to do with the cuts. As I said there will be hundreds of thousands of tenants who have never caused any trouble being forced out.

Would you be "happy" about being thrown out of your home that you have lived in all your life with no where else to go?

There are "bad people" in all walks of life. I don't blame everyone who works in a bank for the recession and you shouldn't stigmatise people who live in public housing.

The things you are complaining about is actually criminal behaviour clearly in breach of the law and tenancy agreement and needs to be dealt with.

Labour introduced a whole host of measures to deal with ASB and it is the Tories who are getting rid of ASBOs.

These criminals are not "Labour" people. They don't even vote. They actually practice selfish individualism not collective socialism which reminds me of the those who believe that there is no such thing as society.

Violence is unacceptable, but it is unfortunate you should be campaigning for housing professionals when you have let down Suzanne Dow and the millions like her (including me). Violence and bad behaviour has been around for decades.

As a housing professional, you have respite from bad behaviour when you leave work. But if the trouble makers are in your neighboorhood you have no escape. Your homes becomes your prison - "I know where you live!".

I avoid going to the park or going for an evening stroll because I could be unlucky and there are unsavoury characters and I try my best to avoid them...

Labour need to have a re-think on policy, because been generous has not made a nice or grateful society.

Labour ailed to address the issue, brining in ASBOs is not the answer. I rather live in a society where people are instinctively well behaved rather then forced to because of threat of an ASB.

I went to Europe and I was surprised young children playing out late at 11pm on a Sunday. All well behaved, none of them causing problems. I did n't see a single hoodie. None of the youths were to be scared off. I was out until late, but I never feared people.

I arrived back in the UK, at passport control. There was a sign with 'we will not tolerate abusive behaviour against our staff' (or something similar). I thought to myself welcome to ASB Britain!

People such as me have lost compassion for poor people, because of our bad experiences.

Why has n't helping the poor made a nicer society???.

Why is it our prison population the highest in Europe?

We gave these people brand new housing association homes, we gave them free education, free medical, free benefits and what do we get in return?. We have got nothing in return except trouble.

The poor are an ungrateful lot.... I don't expect thanks, but at least don't come round my neighbourhood and cause problems for me or my neighbours.

As for the bedroom tax don't expect compassion. It has been eroded by years of ASB. The British public has lost compassion.

I don't have extra bedroom in my home. So why should I be paying for other people?. It is Labour's fault for promising homes for life, whilst those who work don't have their security of 'home for life'.

Labour needs to address these issues. They need to be tackled when children are young....

How cowardly to criticise anonymously all those who put themselves in harms way doing their jobs.

"We might indeed get to live in a society where people are on the whole instinctively well behaved such as Nordic and Scandinavian societies.

But to do this we have deal with people who make hateful and ignorant remarks and demonise the poor.

I suggest you read "The Spirit Level".