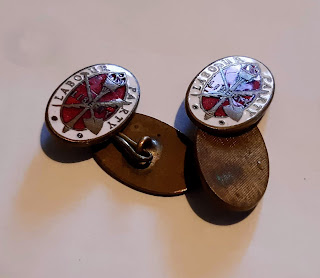 An early Christmas present were these historic Labour Party cuff links. My cousin is friends with an elderly Labour supporter in Dolgellau, North Wales who wanted me to have have them. Which is very kind of him.

What is particularly fascinating is that the cuff links were given to him by Liverpool MP and Councillor, Bessie Braddock (1899-1970)

Bessie was a trade union activist and former communist before becoming a Labour Councillor, wartime ambulance driver and from 1945 to 1970 a MP.

Bessie was at times a fiery and controversial figure, she was the first female M.P. to be suspended from the House of Commons. She has also been criticised in Wales for her role in the drowning of the Tryweryn Valley to provide water for Liverpool.  When she died Labour leader Harold Wilson paid tribute "She was born to fight for the people of the docks, of the slums, of the factories and in every part of the city where people needed help“. 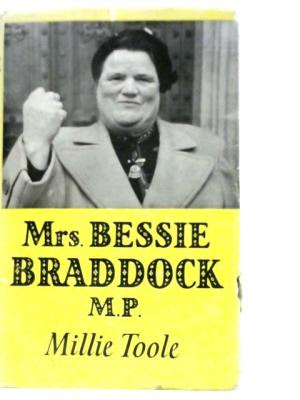