A living wage for all from St Antony's Primary School 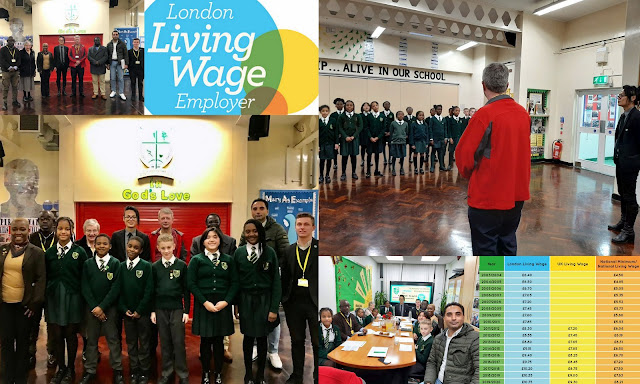 Yesterday was quite unusual since I visited two excellent Newham primary schools (for different reasons). Check out previous post on West Ham Primary in the morning.

While after school I went to St Antony's to listen to their fantastic choir sing about the importance of a London Living wage. A superb performance.

Next we went to a meeting with senior pupils and supporters of London Citizens to be questioned about Newham Councils implementation of the London Living wage and our policies on building new housing. My colleague Cllr Mohammed also attended.

I though it went really well and was impressed by the challenge and range of questions from pupils and supporters. I hope they were also very interested with our programme in Newham such as to deliver 1000 new homes at social rents, community wealth building, reducing rough sleeping and improving the fuel efficiency of our existing housing stock.

The London Living wage is really important but what is needed is also a living rent, a living pension and a living sickness pay policy as well as safe, secure jobs where workers are given respect and control.

There will be a follow up meeting in February.
Posted by John Gray at Tuesday, December 03, 2019