A Christmas Tale: "Newham has the highest rate of homelessness in the country, report reveals, as council ramps up support" 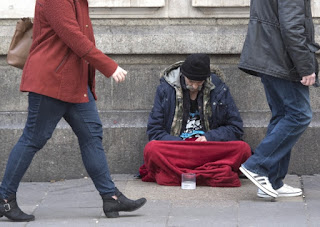 "Newham has the highest rate of homelessness in the country, a report by housing charity Shelter has revealed.

The council says a shortage of social rented property, high private rents and benefit changes are pushing more people into homelessness, which Shelter's annual report estimated affects one in 24 (a total of 14,535) people in the borough.

New figures from Shelter reveal 280,000 people - one in every 200 - are recorded as homeless in England and all but three of the 28 worst affected local authorities are in London, where private rents are notoriously expensive.

The next worst rate after Newham was in both Haringey and Kensington and Chelsea, where one in 29 are homeless.

Newham recently adopted a dedicated Homelessness and Rough Sleeper Strategy for the first time in a decade, which was developed with the support of Shelter and covers the two years to December 2021.

Cllr Gray, the council's lead member for housing, said: "Since this administration came into office in May 2018, addressing the challenges created by the government's housing crisis has been a key priority and considerable work has been done in this area.

"We are directing significant resources to deal with the crisis and are set to spend an additional £1.4m per year to improve services supporting rough sleepers and creating preventative measures to reduce the risk of others becoming homeless.

"To increase housing supply, we are increasing the number of genuinely affordable social rented homes with plans to build at least 1,000 in place and building work already under way.

"We are also looking at providing our own supply of quality temporary accommodation so we are not reliant on private landlords."

The council's street outreach team, which has been expanded from two to 10, works with the rough sleeping community to gather evidence of needs, find solutions, and engage with them to develop pathways away from the streets.

A recent effort to engage with rough sleepers in the Stratford Centre area, where a large number of tents appeared over the summer, resulted in 13 people placed in emergency accommodation, 13 assessed for health and other needs, and 19 tents removed.

A temporary 25-bed assessment hub has been set up to allow rough sleepers, where health treatment, money and immigration advice, addiction and mental health support is available under one roof.

Cllr Gray said: "With the raft of measures already implemented and working with partners and the community, we are determined to drastically improve the current situation and reduce the threat of homelessness facing some of our most vulnerable residents."

Shelter's review of government data also revealed that almost 220,000 people in England were threatened with homelessness in the last year.

The true level of homeless is believed to be higher than the recorded figures show, as a lot of it is undocumented, including sofa-surfing and some rough sleeping.

Shelter chief executive Polly Neate said: "Homelessness blights lives and leaves a lasting imprint of trauma, and yet 280,000 people in England are without a home this Christmas - and many are only days away from joining them.

"As well as those facing serious ill-health or even death sleeping rough on our streets this winter, there are thousands of families trapped in grotty emergency B&Bs, with no space for children to sit and eat, let alone play.

"This is the grim truth our new government must confront and do something radical to change."

To donate to Shelter's Christmas appeal, visit www.shelter.org.uk or text SHELTER to 70030 to donate £3. Texts cost your standard network rate plus £3.
Posted by John Gray at Thursday, December 19, 2019