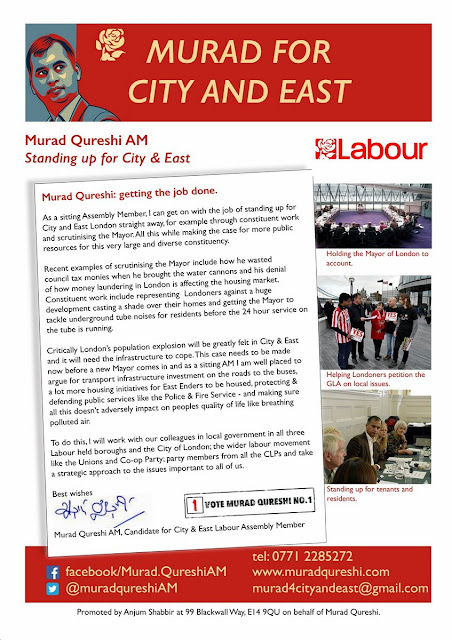 'We need an experienced City and East representative like Murad, who can hit the ground running. With his strong track record of effectively holding the London Mayor to account, he offers all the people of East London a campaigning GLA member who will deliver results from day one of his election.'  Cllr John Gray (& UNISON)

Many eligible voters have already take part in the election for the Greater London Assembly City & East Labour candidate but there is still another 2 weeks of the ballot to go. There is even a hustings arranged for next week!

"As well as choosing our next Leader, Deputy Leader and Mayoral candidate, as a member in City and East London you will also get the chance to choose who you want to represent you as Labour's candidate for the London Assembly.

Before you vote you can put the candidates to the test in a hustings on Wednesday 2 September from 7pm at Queen Mary University. This is your chance to put your questions to the candidates and hear them make their case for why the want to represent City and East London on the Greater London Assembly". 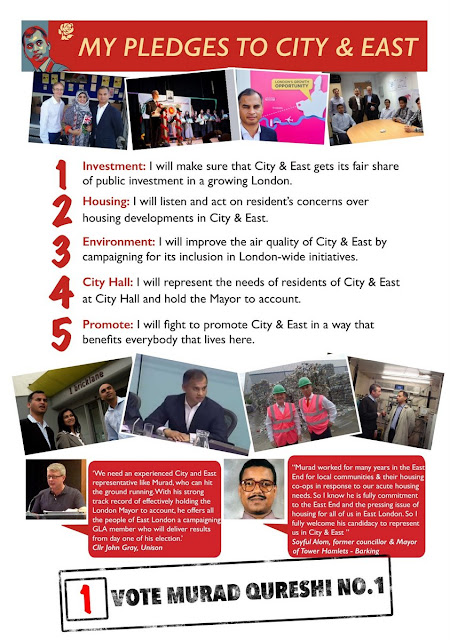