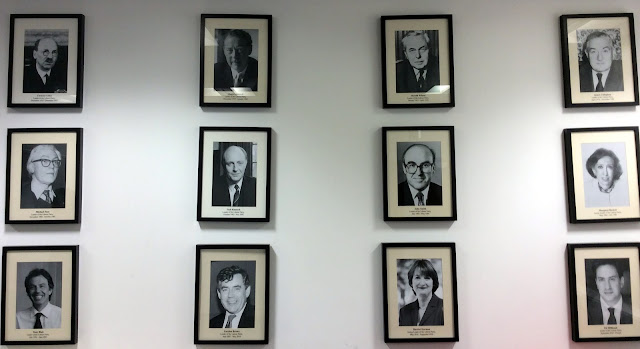 Last Saturday I was in North Wales and went out for an evening meal and family get together in a small bistro restaurant in Ruthin, Denbighshire called "On the Hill". There was 6 of us aged 25 to 74 sitting in a private table in the corner away from other diners.

We had not met since Easter and there was lots of news, reminisces and gossip to exchange. The food was excellent and the wine flowed.

The subject of the Labour Party leadership came up and I was asked what I thought of the candidates and who was likely to win. Three of us present would be eligible to vote in the election. I went through what I thought were the strengths and weaknesses of the leadership contenders. There followed some polite questions and comments. I mentioned to everyone that I was pleased that we were discussing the issue because it showed that people thought it was important. Everyone nodded their heads in agreement but I felt that people's attention was starting to wonder.

When suddenly someone mentioned "Liz Kendall used to go out with Greg Davies". "Really!" was one immediate excited response. "Greg Davies, the comedian from the telly?" was another. There then followed an animated and wide ranging discussion about the funniest things he had appeared in. The pros and cons of his alternative comedy act and even heated comparisons of Greg with other favourite comedians.

Alas, I never got my chance to say who I thought would actually become Labour leader but never mind. The food was gorgeous and the wine good. Personally I had always thought that Greg Davies was rather overrated. Now if Liz Kendall had been going out with Jack Dee....

(Picture taken this year in Labour Headquarters in Victoria during an agent training session. Who will be the 13th leader of the Party since 1945? Hope he or she is not superstitious)
Posted by John Gray at Saturday, August 22, 2015