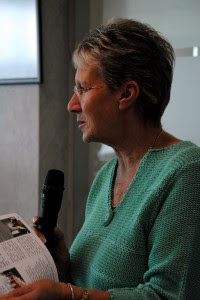 I was shocked to hear the sad news that UNISON stalwart, June Poole, has passed away after a short illness. We were supposed to meet yesterday at the UNISON centre in London for a Board meeting of the Welfare Trustees.This meeting was cancelled out of respect for her.

My sympathies are with her family and her many UNISON friends and comrades.

June was a real UNISON grassroots "activist", who was not only a longstanding member of her branch, Rochdale Local Government, but took part in numerous regional and national committees as well as campaigning on disability issues, women rights and for Labour Link.

She will be best remembered as a "tireless worker for
UNISON’s welfare organisation ‘There for You’".
I got to know June when we were both members of UNISON Community Service Group Executive. She became its Vice Chair. Earlier this year we both stood together on the same centre left ticket for the two UNISON Community National Executive Council seats. I managed to get in but June narrowly missed out by only 61 votes.  She would have made an absolutely brilliant NEC member.

June was a no nonsense, feisty, instinctive trade unionist, who stood up for workers and for their interests. While she did not suffer fools, she cared for members and there was no side to her. She did however have an infectious "wicked" sense of humour.

Our Labour movement family has lost one of its own.

UNISON will be letting people know the funeral details as soon as they are available.