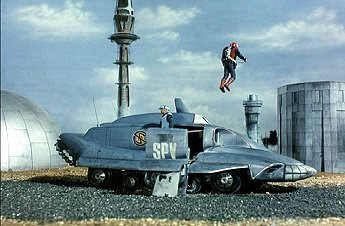 Tomorrow evening at Committee Room 1, East Ham Town Hall, members of Newham Council Overview & Scrutiny will debate a request from a Cllr that up to £500,000 should not yet be spent on a proposed Special Purpose Vehicle (SPV) for its staff pension fund.

Cllr Farah Nazeer has asked that this proposal should, firstly, get agreement from the Newham Investments & Accounts (I&A) Committee. She quite rightly points out that in a time of public spending cuts the Council should not be committing to this proposal until the I&A have made an informed decision to support further investigation into what is an expensive and potentially risky measure.

As far as I can make out the idea is that Newham will let its pension fund have some sort of control over a council owned asset in exchange for reduced employer contributions to the fund.  I have posted my concerns on this proposal here and here

There has been some interesting coverage in the Pension press. Professional Pensions have covered the story and there was a measured article on the use of such "alternative funding" in the Local Government Pension Scheme (LGPS). However, it points out that they are complex, expensive  and there are "key issues" (see below)

What are the key issues for schemes?
1) Valuation of the underlying properties. Would the administering authority invest in the assets if they were not held under this structure? Funds should also ask for the unoccupied value in addition to the current occupier value. If the employer becomes insolvent, the property will be unoccupied so that value will be relevant.
2) Conflicts of interest. Is the local authority in its capacity as administering authority of the pension fund acting solely in the interests of the pension fund and its members?
3) Ensure the arrangement doesn’t breach any regulatory requirements.

The model being proposed for Newham also seems to be very different than that used in the private sector.

In the private sector if the assumptions behind the SPV fail and go "belly up" then the pension trustees can sell the assets to make up the loss of contributions. With the Newham model this does not appear to happen and instead the Council will start to pay rent and maybe increase its contributions? Which makes me wonder - with regard to 2. above and "conflicts of interests". What is in the interests of the Newham pension fund to allow this to happen?

Why would the fund agree to a potential minimum of 3 years of under-funding at a time of large pension deficits, massive cuts in government support and no Crown promise if the sponsor (i.e. the Council) goes bust?

Mind you, I have not had access to all the reports since Chief Officers are refusing to let me see them. Despite being an elected Councillor and a member of the Investment & Accounts Committee.

The website for Council Finance Officers "Room 151" also points out here that:-

"The Pensions Regulator warned in 2013 that the use of such complex structures “can lead to increases in risk where advisers to schemes have not anticipated all the implications of using this structure”.

It added: “It is vital that trustees understand the risks they are taking and consider carefully whether a more complex approach to supporting the scheme, which may involve additional risk taking by the scheme, is preferable to a straightforward one.”.

Tomorrow's meeting should result in more information coming out about the proposal but so far it seems to me that it is nothing more than a speculative bet that the fund will perform better than our advisers think it will.

The fund is already in deficit because for various reasons it has historically under-estimated how much money it needs. There will have to be extremely good reasons and proper scrutiny for the fund to risk any further mistakes with our staff's pensions.
Posted by John Gray at Sunday, August 23, 2015