Why trade unionists are saying #YesWeKhan 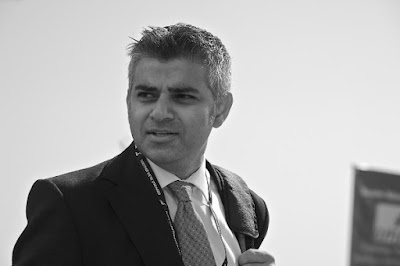 This post was published yesterday on Left Foot Forward.

While there are a number of good candidates standing to be the Labour Mayoral Candidate in 2016, there is one outstanding contender for the wider Labour family to consider voting for. That is former shadow minister for London, Sadiq Khan MP.

In my view, as a grassroots party activist Sadiq is the best overall Labour choice; and as a friend and supporter of London trade unions and workers he is second to none.

He has a consistent and long standing record of being there for the wider Labour movement. It’s not just that he turns up to speak and give credence at our union events and campaign launches, he has also shown a genuine commitment to meeting ordinary trade union members and understanding their issues and concerns.

This has included lunchtime debates on the NHS with UNISON nurses and support staff in London hospital canteens, meetings with Unite hotel workers about fair pay and talking to young GMB members on his plans to tackle the housing crisis.

It’s not just talk. It’s about values. Sadiq has the most pro-worker mayoral manifesto of any candidate. A workers’ agenda that will appeal to trade union members and those who are not (yet) members. He knows that contrary to the myth, London’s streets are not paved with gold.

Hundreds of thousands of London workers live in poverty on the national minimum wage rate, while even many of those on good salaries find it difficult to meet London’s distorted housing and transport costs.
If he becomes mayor of London, Sadiq pledges:


It’s about time we had a London mayor who is from an ethnic minority, and who represents a new generation of Londoners. But Sadiq offers so much more than that – he is planning to improve the lot of all workers and trade unionists in our capital.

What is good for workers is also good for London, and for all Londoners. We need a mayoral candidate who has these values, this commitment and can deliver.

This is a message that I hope will be foremost in their minds of all the London Labour movement as they fill out their ballot forms later this month.

John Gray is chair of the Greater London UNISON Labour Link Committee and a UNISON NEC member. He writes in a personal capacity. Follow him on Twitter"
Posted by John Gray at Thursday, August 13, 2015