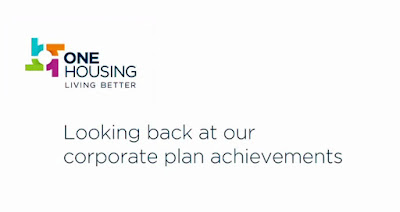 This motion was passed by Tower Hamlets Council at its last meeting. Inside Housing reports that One Housing is in urgent talks to try and stop it being suspended as a perferred housing provider.

"This Council notes that:
• Following a stock transfer ballot in 2005, Toynbee Island Homes (a subsidiary of Toynbee
Housing Association) took over four local authority estates on the Isle of Dogs: Samuda, St
Johns, Barkantine and Kingsbridge. These four estate comprise 2,027 homes;
• In their offer document, Toynbee Island Homes promised that the transferred homes would
be run by a board with residents in the majority: 15 members of which eight would be
elected residents.
• In 2007 Toynbee Housing Association merged with Community Housing Association. The
merged organisation, One Housing Group (OHG), took control of the four Island estates;
• In 2012 OHG wound up Island Homes and introduced area resident boards, with no decisionmaking powers;
• Residents on the four estates found their homes being owned by a very different landlord
from the one which they had been promised and they still feel quite aggrieved;
• OHG has consistently performed poorly in terms of repairs, refurbishments, improvements
and accounting. Leaseholders are particularly concerned that OHG is deliberately running
down the estates in order to reduce property values;
• In 2014 OHG produced a 52 page report ‘Project Stone’ setting out proposals to replace all
2,027 homes with up to 10,000 properties, the majority for private sale. OHG still hasn’t
adequately informed residents of these proposals;
• Following the 2014 council election the repairs and maintenance problems raised by
residents were so bad that Island councillors agreed to work on a cross-party basis to tackle
OHG;
• In January 2015 OHG embarked on a ‘Cross Island Conversation’ asking residents what they
thought of their homes, estates and living on the Island. No mention was made of their
proposals to redevelop the four estates; they wrote to residents saying “As yet – and despite
the many rumours you may have heard – One Housing Group does not have a plan in place”;
• In spite of OHG’s persistent denials, it has held meetings with planners in both the GLA and
Tower Hamlets to discuss Project Stone & the submission of a planning application, possibly
by the end of 2015;
• A recent interim report of the ‘Cross Island Conversation’ revealed:
o Residents have no trust or confidence in their landlord;
o Inflexibility and lack of respect on the part of OHG – residents do not feel supported or
cared for;
o Problems with repairs, and the high cost and poor management of major capital works;
o Poor, inconsistent, inaccurate unfriendly communications;
• In 2012 OHG agreed to purchase 123 S106 units at Indescon Court on the Island from the
developer. The original S106 agreement in 2008 had assumed that these units would be
available at social rent. OHG negotiated with the developer on the basis that higher
affordable rents could be charged. These rents range from £977.99pcm for a 1 bed to
£1126.92pcm for a 4 bed. The Council has made it clear to OHG that rents at this level are
against the spirit of the original S106 agreement;
• Under current legislation, tenants of stock transferred properties have no right to a re-ballot
and choose an alternative Registered Provider.
2
This Council believes that:
• OHG has failed to deliver on the promises made in the stock transfer offer document by its
predecessor Toynbee Island Homes;
• OHG has a poor record of managing its major works programme as well as its maintenance
and repairs services;
• OHG has developed proposals to redevelop the 2,027 homes that make up its four Island
estates, but has steadfastly refused to inform its residents about these proposals;
• OHG’s own consultation exercise shows residents have little trust or confidence in their
landlord;
• OHG’s proposed rents at Indescon Court have the potential to increase profit (possibly
substantially) for the developers, at the expense of social housing tenants paying much more
than was envisaged when the scheme was consented. This is not the behaviour expected of a
Preferred Partner;
• Tenants should have a choice and where Registered Providers are performing poorly should
have the right to demand a re-ballot and chose an alternative landlord.
This Council resolves:
• To request the Mayor to write to the Homes & Communities Agency, calling for the regulator
to investigate whether:
o OHG residents have suffered serious detriment as a result of the failings of the Repairs &
Maintenance service;
o OHG has been dishonest with residents over its plans to redevelop the Island estates;
o The ‘no confidence or trust in OHG expressed by residents through OHG’s own ‘Cross
Island Conversation’ places the organisation in a position where it is no longer fit to carry
out its functions as a landlord;
• To support OHG residents in preparing their own submission to the Homes and Communities
Agency;
• To request the Mayor to suspend OHG as a Preferred Partner in Tower Hamlets with
immediate effect. The council will not support them as a S106 partner with any developer
and will not support them for any grant bids to the GLA;
• To request the Mayor to instruct officers to explore options for legal proceedings against
OHG for breach of the Transfer Agreement and to report back to Full Council on the
possibility of such proceedings by 16th September;
• To support Jim Fitzpatrick MP in his efforts to change legislation, to enable tenants whose
homes have been subject to stock transfer the right to a re-ballot where their Registered
Provider is performing poorly;
• To request the Mayor to seek a meeting with Sir Anthony Meyer, Chair of OHG, to address
the failures of leadership within his organisation
Posted by John Gray at Sunday, August 02, 2015