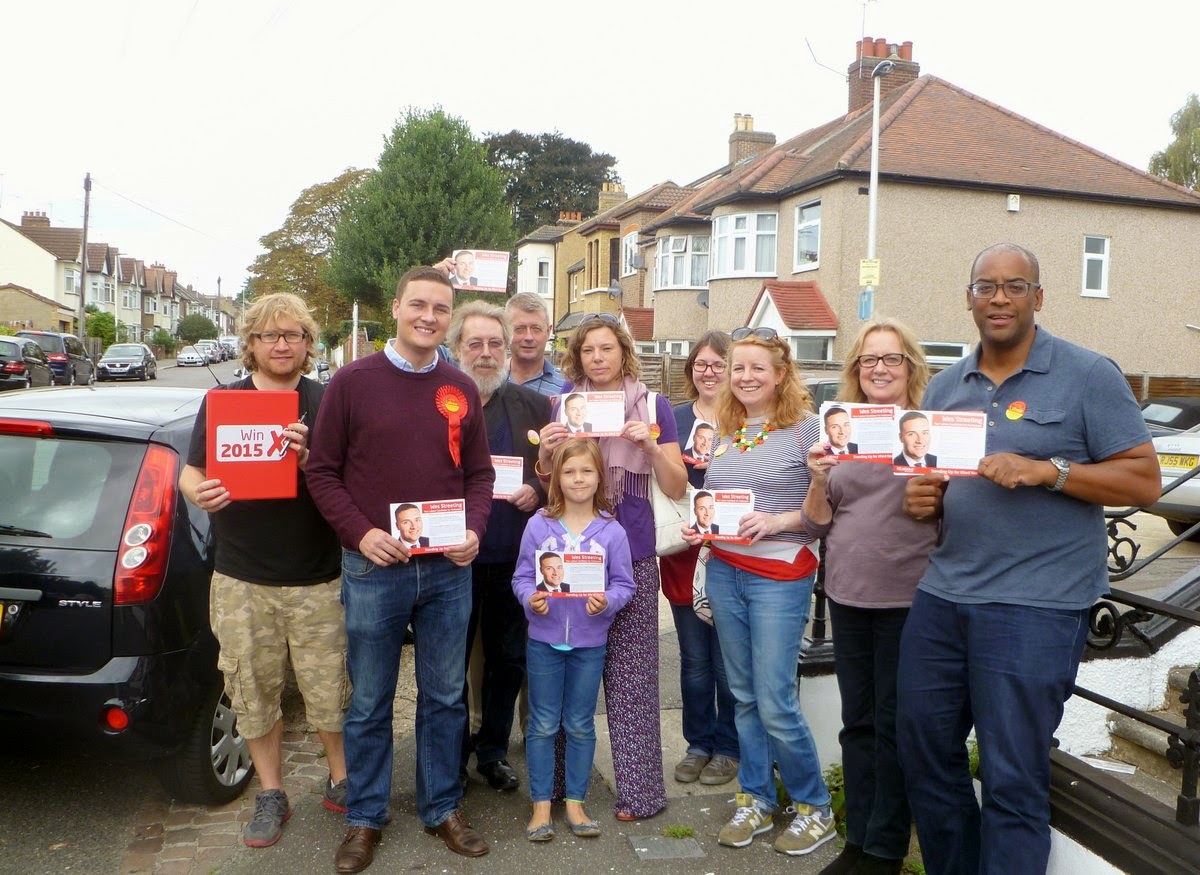 Yesterday morning after my Council Surgery I joined fellow West Ham CLP activists "next door" in the marginal seat of Ilford North.

We joined up with the Labour Candidate Wes Streeting and his team.

West Ham CLP has been "twinned" with Ilford North (and Thurrock) for the General Election.

It is of course absolutely vital that we win these marginals next year to get rid of the Tories.  It will not be easy but I pleased to note that I did speak to residents who had voted Tory last time but were considering voting Labour in May.

Picture of Wes (2nd left) and team which included our "Supernice" and cute secret weapon in getting out the Labour vote, the pint sized West Ham ringer and number one "knock-er up-er" Milly!

You can find out details of further Ilford North campaigning here.
Posted by John Gray at Sunday, September 14, 2014