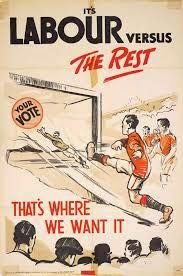 For some reason I didn't get around to posting this before the referendum on Scottish Independence.  At the Labour Party conference last week I heard the "myth" still being repeated.

"It’s common to hear claims like this about the effect of Scottish independence on future UK elections. The argument goes that since Scotland has predominantly Labour MPs, then without Scotland the UK would have a permanent Conservative majority in the House of Commons.

This reasoning doesn’t stand up to past experience. Since 1918, only four UK general election outcomes would have been affected had Scottish MPs been taken out of the equation.

That’s not to say it wouldn’t be more difficult for Labour: a majority of Scottish MPs have been Labour at every election since 1955, and Labour remains dominant by historical standards. Hence the ‘advantage’ to the Conservatives in Scotland’s absence is getting bigger
Posted by John Gray at Tuesday, September 30, 2014