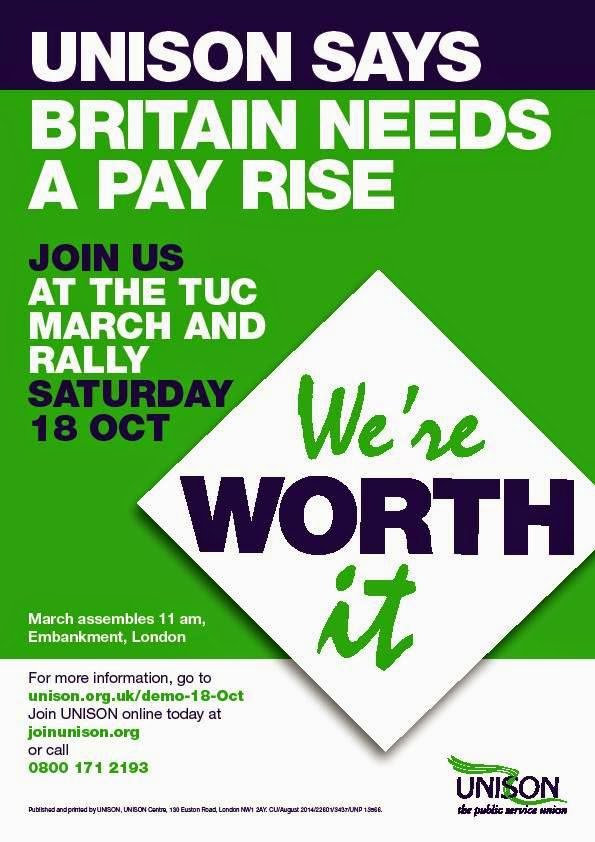 Hopefully, other Labour CLPs and Labour Groups on Councils will propose (and pass) similar motions and do what they can to make the day a success (please cut and paste).

In Newham we will probably be meeting at Stratford Station beforehand with the West Ham CLP banner if people want to go to the demo together. Further details to follow.

We agree to work together to maximise participation of West Ham residents, employees, members and affiliates to this event as we did for 26 March 2011 and 20 October 2012 TUC marches.

We note that in spite of this Government’s claims of economic recovery, real pay for many is still falling, leaving them struggling to feed their families and pay household bills.

We believe British Workers need and deserves a pay rise. The Labour Party has pledged that a future Labour Government will work to make sure that people can afford to live on the wage they earn. This march is just one step in a long campaign to win an economic recovery that works for all, not just those at the top”.

(You might not agree but I think that social media and Internet have given new life to such political motions?)
Posted by John Gray at Thursday, September 18, 2014

Along with the pay rise, the wages are the preferred valued considerable amount of segment to be considered. One web link that I consider the best part to follow up is the compliance law that helps for a successful process operation of the segment. Check out the link I came across recently - http://www.replicon.com/labor-law-compliance

not sure if this comments is spam from USA union busters? hmmmm