"On the Knocker" in Gallions Reach 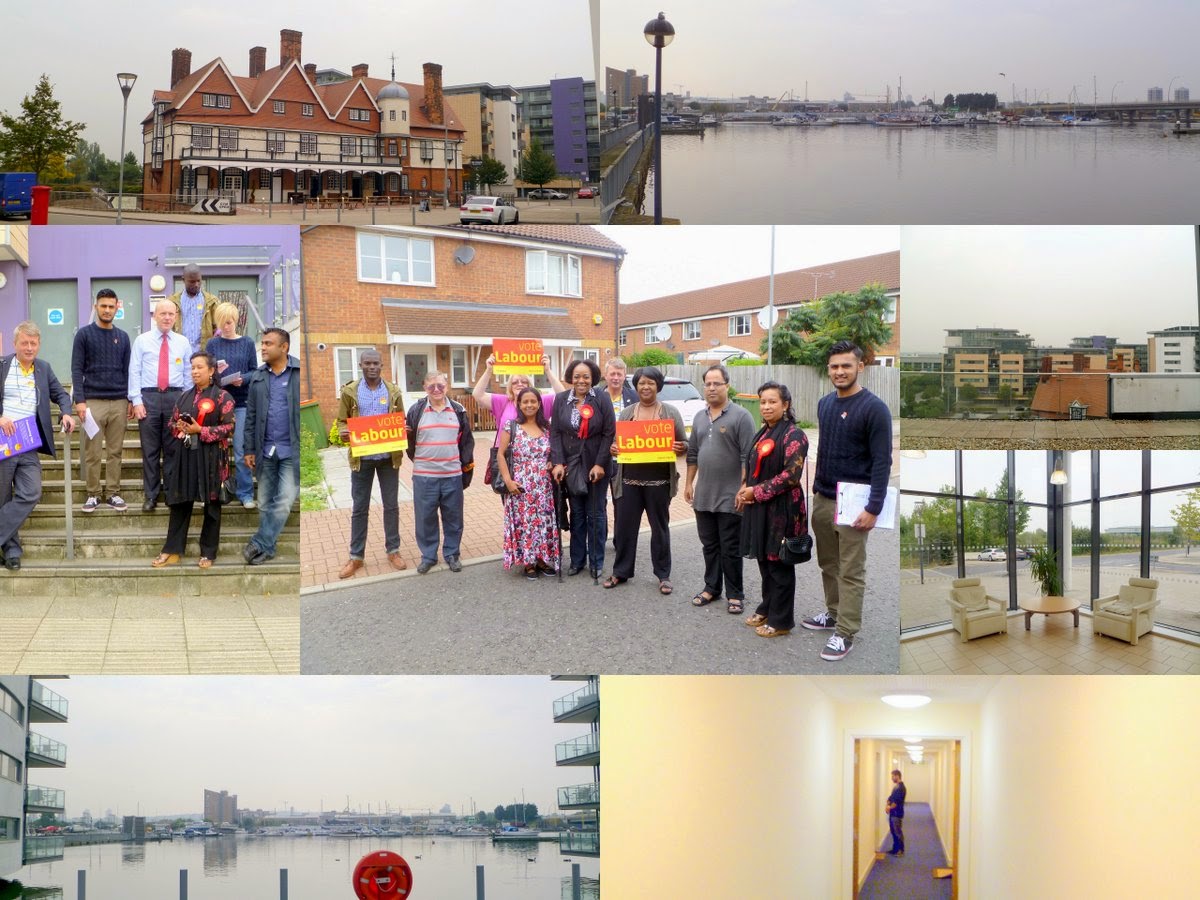 Collage is from Saturdays canvass session in Gallions Reach, Beckton.

London Assembly member John Biggs came along to help out as well.

John and I were sent to knock doors and ask residents if they will be supporting Labour on Thursday (11 September) in a new housing development in Gallions Reach. This is made up of several distinctive blocks of flats.  It is quite an attractive site overlooking the Albert Basin.

The response rate was pretty good from the people that we managed to speak to but many were out or didn't open their doors. Always a problem for all canvassers in blocks of flats.

In the middle of the site there is the rather incongruous redbrick 19th Century Gallions Hotel (see top left of collage). Which was built when this area was a dock for travellers about to embark on international P&O voyages. The author Rudyard Kipling stayed at the hotel before setting off for India, and mentions the place in his novel The Light that Failed (1890): “Is it Tilbury and a tender, or Gallions and the docks?”.

Another source states that the hotel used at one time have a bad reputation and was allegedly known as the 'Captain's Brothel'!

Nearby is the Gallions Retail Park which occupies part of the gasworks site where Stanley Kubrick filmed the Vietnam scenes for Full Metal Jacket and scenes from the James Bond film "For Your Eyes Only".

On a more sombre note, last week was the anniversary of the Princess Alice disaster. "On 3 September 1878, on the return upriver from a day trip, the steam powered pleasure steamer 'Princess Alice' collided with the collier 'Bywell Castle' just off Gallion's Reach at Woolwich. In very warm weather the pleasure boat was packed with between 700 and 900 day-trippers. The 'Alice' was only equipped to take 500. She sank almost immediately with the loss of approximately 640 lives".

We are campaigning in Beckton tomorrow: -

Email newhamlabour@gmail.com if you can help out on Wednesday and polling day.
Posted by John Gray at Sunday, September 07, 2014