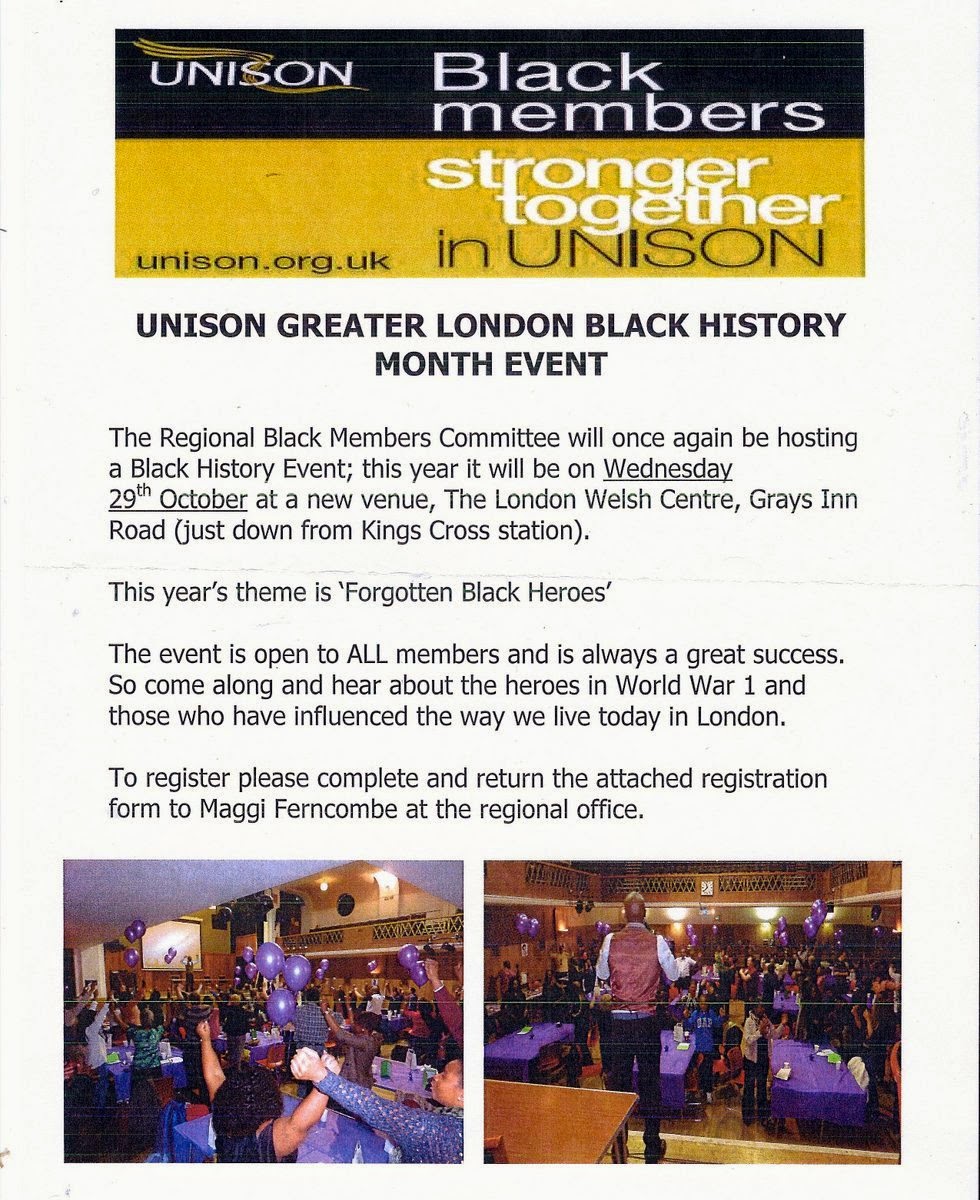 All UNISON members in London are invited to attend this event 9.30 - 4pm on Wednesday 29 October 2014 at the "London Welsh Centre, Grays Inn Road (just down from Kings Cross Station)".

The event will "hear about the heroes in World War 1 and those who have influenced the way we live today in London". Contact your UNISON branch if you want to attend.

I would love to attend but will probably be outside London that day. I have never been to the London Welsh Centre either!

I hope that they will honour people such as
Walter Tull who was the first black officer in the British Regular Army who was killed in action in 1918. Walter was also one of the first Black professional footballers. There is a Newham connection since he played for Clapton FC (Forest Gate).