Become a HOPE not hate supporter for just £1 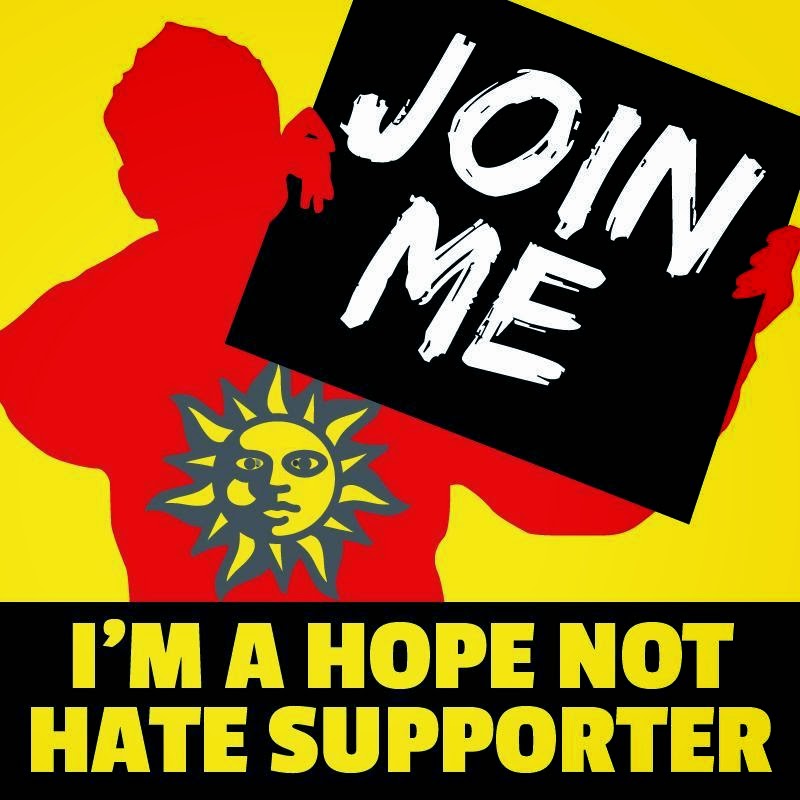 The Electoral Commission has even decided that you - our supporters and activists - must be considered members of the public unless you pay a financial contribution and so every email, telephone call or meeting we hold with you must be included in our election returns.
This is both stupid and undemocratic but unfortunately this is now the law.
As a consequence, we are creating a £1 HOPE not hate 'supporter' category so we can communicate and involve you in spreading our message without it counting as an election expense.
Become a HOPE not hate 'supporter' for just £1
https://donate.hopenothate.org.uk/page/contribute/one-pound-for-hope
By becoming a HOPE not hate supporter you will:
·         help decide our campaign priorities and direction
·         receive a HnH supporter newsletter
·         be invited to HnH meetings, events and trainings
·         be making a contribution to our 2015 campaign fund
Back us to continue our work
https://donate.hopenothate.org.uk/page/contribute/one-pound-for-hope
The new law has forced us to ask you to pay for the right to be a ‘supporter’, which I know is ridiculous because you are already the life blood of the organisation, so in return I want to give you the opportunity to get more involved in the organisation and have a bigger say in our future direction.
We have achieved so much together in the last 10 years now I hope you will stand with me as a HOPE not hate supporter so we can do even more in the next 10.
Thanks
Nick
Ps, I’ve written an essay reflecting on 10 years of HOPE not hate. I’d love you to read it
Posted by John Gray at Wednesday, September 17, 2014