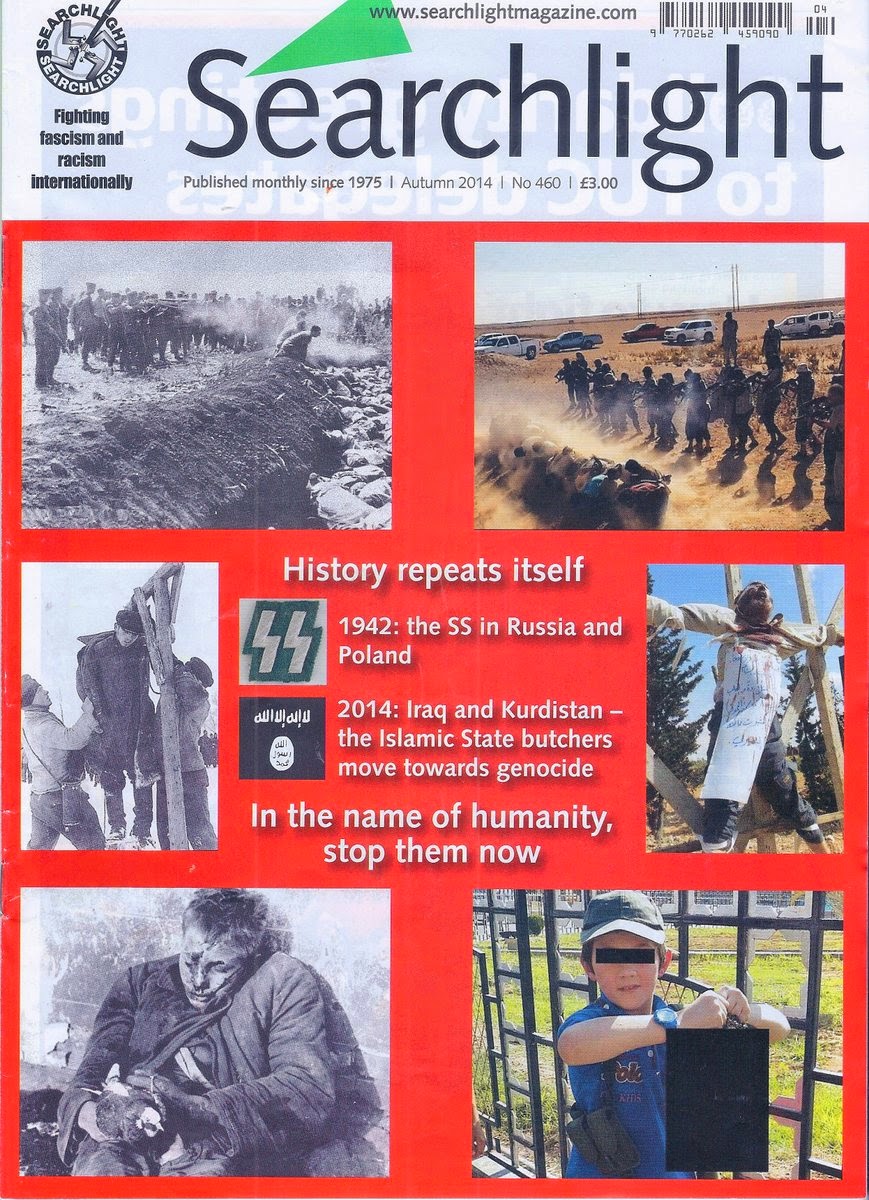 This is the latest front cover of the long standing anti-fascist and anti-racist magazine "Searchlight".

I think we all know what it shows and compares.

Tonight we heard of yet another cowardly murder of a journalist, Steven Sotloff.

Searchlight is absolutely right to compare the butchers of the Islamic state with that of the Nazi SS.

They are all the same - fascist scum and we need to stop them.

The IS are no more Muslims than the German SS concentration camp guards were Christians - they are all just fanatics and common murderers.

In Britain recently a number of respected Islamic scholars have declared IS a "heretical” and “an oppressive and tyrannical group... and religiously prohibited to support or join”.

In view of the Nazi slaughter that happened in the lifetime of my father and mother, I don't think that those of us who are not Muslims have any cause to be complacent or smug.
Posted by John Gray at Tuesday, September 02, 2014