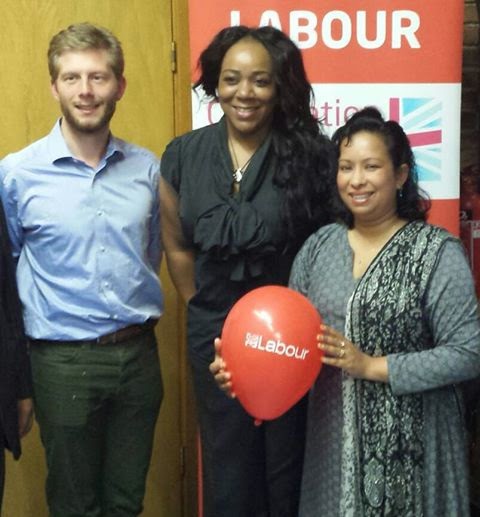 The by-election was caused by the death after a short illness of Cllr Alec Kellaway.

I have previously described Tonii as "supernice" and she is - but I also admire her determination and evident hard work during the campaign.

Thanks are also due to the Agent, Alan Davies, who has run a great campaign.

The actual results were as followed:-

Turnout was low at 18.87 which is something that politicians do need to do something about. The irony in Newham is that the higher the turnout usually means the higher is the Labour vote.

It was good to see that ultra Tory UKIP running a very poor third. While TUSC came bottom with 21 votes (the 1%ers).
Posted by John Gray at Friday, September 12, 2014