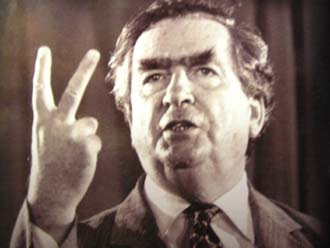 This famous picture of Denis is entitled by the BBC as "Denis Healey in a defiant mood".

During the second world war he was the British Landing officer for the amphibious assault at Anzio.