How we pay for the City (& expensive Red Wine) 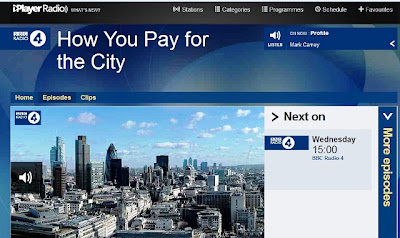 I recommend that if you have a funded Pension that you listen to this excellent Radio 4 programme "How You Pay for the City".

Former fund manager David Pitt- Watson pointed out that excessive charges in the UK compared to  Holland means that the average comparable dutch pension will be 50% more than you would get in the UK.

While the incomparable Mr Colin Meech, UNISON National Officer for Capital Stewardship, thinks that the Local Government Pension Scheme is just being ripped off. He recounted how a colleague who became a fiduciary trustee on a large scheme was shocked to find that the trustee board spent more time being wined (at £100 per bottle!) and dined by fund managers than they spent supervising the scheme. I have heard the same story from that colleague.

It is not just excessive fees by fund managers but also "churn" (excessive buying and selling of stock); stock lending (they lend out your share certificates for a fee), "Custody Banks" (if something is too good to be true...) and "transitional management" (there is a completely shocking story how the Royal Mail Pension fund was cheated and how a judge was told that an untruth was not a lie)

By coincidence we heard similar arguments at the AMNT Summer Conference from Michael Johnson that I posted upon yesterday.
Posted by John Gray at Saturday, August 10, 2013