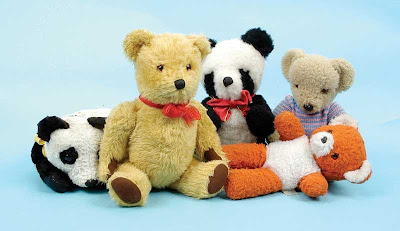 Here is the only news story that has been published about the deaths. Published in March there has been no update on this.

Council staff tell me that they are concerned about the situation with many qualified staff leaving and being replaced with unqualified staff and agency staff.

"...Ofsted have commented positively in their report on many aspects of the work that we are doing:

· We are better at engaging and listening to the voice of the child
· We have strong leadership, both politically and corporately
· There is a vigorous recruitment plan in place, with a commitment to filling vacancies
· Our children’s homes are either good or excellent
· Our decisions on whether or not a child should be in care is appropriate

So while we know we are inadequate – and indeed, that was the rating we were expecting - I believe we now have everything in place to start making real improvements.

This is against a background of ongoing challenges in terms of demand on the service. Since the release of the Child Protection inspection report we have had a significant increase in the number of children that we need to provide a service to.

Given the concerns about under-staffing and an over-zealousness to snatch something positive from the from the third inadequate rating in a row it really makes you question whether the reality of the task at hand has hit home.

Heather Smith, Deputy Leader of the County Council, emphatically assures us that the issue had never been about money. The Liberal Democrat leader urges for extra funds out of the budgets from other Council Services to tackle the situation.

Closer scrutiny of the new Children's Social Care Structure shows a high proportion of Senior Practitioner vacancies and those which are vacant occupied by a high proportion of agency staff (some of whom earn over £36 per hour) and some teams having proportions of newly qualified social workers of over 60%.

Prospective staff will be right to view offers of employment suspiciously. Other directives have been issued to staff which state that there will be times when they will not be able to complete activity as required by professional standards in their contracted time and this will have to be undertaken outside their contracted hours. Essentially working for free. Is this really the way to get the best people to pull the service out of this hole?

Thirteen years ago in the same authority a child went missing in Council care (Sarah Benford) and there was nationwide publicity about this.

Now that five children have died and it seems that no one wants to know. I've been in contact with three different press representatives over the course of today and it does seem that those five children are dead and forgotten. With the clamour for no increases in Council Tax it really does seem that the children simply don't matter. Is this because we don't care any more about this? Or is it that whilst they remain faceless and nameless, it's OK not to care. Whilst the serious case reviews are not published ... that's the way it'll stay.

Over the weekend I suggested that people who did care and wanted to show that they care could perhaps make a statement ... perhaps through twitter using the hashtag