The AMNT year so Far
This is our latest email newsletter. 2013 has been an exciting year so far for the AMNT. Our membership has continued to grow. We have made significant contributions to government and regulatory policy on pensions and trusteeship. We have held successful and well attended open meetings and make our presence known by speaking in conferences and writing articles for the pension press.

We have been successful in our fund raising and have now employed an administrator, Kate Bendy, on a part time basis to support the AMNT objectives and our volunteer executive committee. 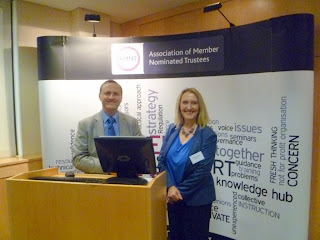 Picture of our Joint Chair, Janice Turner, with Pension Minister Steve Webb MP, who was the keynote speaker and took part in a Q&A at our Summer Conference, “Where Now The Pension Promise?” on June 26th hosted by Towers Watson.

As well as the minister there was presentation on different pension schemes by members of the AMNT (USS, LGPS & HSBC).

Ewan McGaughey, a researcher from the London School of Economics, described the AMNT as “unique” and “the most important development in Pension Governance in 50 years”! While the ever so quiet and retiring Michael Johnson, research fellow at the Centre for Policy Studies (CPS), gave a well received “Trustees: take no prisoners” speech on “Charging in Pensions”.

All the speeches are now on the AMNT website here

There was also a showing of the new AMNT DC and Auto-enrolment video kindly developed with Barings Asset Manager.

The Anonymous Trustee Question?
Each newsletter we are planning to allow a MNT to post a question on a current issue – if you have an answer for this question then do so on the AMNT LinkedIn site or email mail@amnt.org

“The Final Salary scheme of which I am a Member Trustee has gathered up people from various prior schemes and has endeavoured to match the pension terms that each member had before. So, we have several different ages from which the member may retire without actuarial reduction, many well before their 65th birthday. Trustee consent is required for these early retirements.

This is inevitably quite a large cost to the scheme. We have recently had an actuarial valuation and the sponsoring employer wants the trustees to agree never to consent to these requests for early retirement on these terms, so that this cost may be omitted from the valuation. The trustees have never refused a request for early retirement in the past and indeed have formerly been directed by the sponsoring employer not to do so”.

Has this happened to other pension schemes? What did you do?


Encourage your fellow Member Nominated Trustees (or representatives) to Join the AMNT
Even in this social media world of Facebook, twitter and blogs, by far the best way to recruit someone is still by word of mouth, one to one. So if your fellow MNTs in your scheme are not yet members of the AMNT, please point out the benefits and ask them to join! Check out our revamped website here

Driving down investment charges
An AMNT member wants to do something about investment charges and to see whether we can't drive down charges - or at least reach acceptable standards - for our investments. The concept is that perhaps we may be able to guide members as to what a reasonable charge rate might be for certain asset class investments and not only that but perhaps have more confidence in using more challenging forms of contract - risk reward and so forth.

This is a big subject and it would be very helpful if we could identify a set of AMNT members willing to share some knowledge regarding their experiences on costs and contracts. If you are interested and can help please email mail@amnt.org 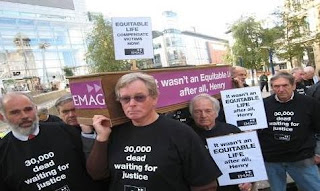 The Equitable Life Payment Scheme is asking company pension fund trustees and administrators for their help to make payments of £179 million to their members. Members of the pension scheme that you act for may lose out if you do not take action. 547,000 scheme members are due a payment of 22.4% of their relative financial loss suffered as a result of UK Government maladministration in the regulation of Equitable Life.

The Payment Scheme has made good progress with most company pension schemes and has received data sharing agreements covering over 400,000 of their members who are due payments of £115 million. This represents 73% of the 547,000 members who are due a payment.

The Payment Scheme is now urging the remaining company pension schemes to return data sharing agreements as soon as possible. Once this is completed, they can provide members’ addresses so the Payment Scheme can write directly to their members to start the payment process.

A list of the company pension schemes that the Payment Scheme has been unable to trace is on the Scheme’s website. Individual members of these schemes can call the Payment Scheme’s policy checker service on 0300 0200 150 to check whether their policies are eligible and find out the next steps to take.

Pension Trustees Circle Seminar
This will take place on Sunday-Monday 29-30 September at The Majestic Hotel, Harrogate. There are currently 2 Pension Trustees Circle (PTC) events in the South East – this will be the first meeting in Northern England. The PTC is for chairs of pension schemes or experienced trustees in pension funds with a minimum of £100m and it is free to attend. In addition, to celebrate the inaugural PTC North meeting and encourage attendance, the organisers are providing free accommodation for approved trustees. if you would like to apply for a place please contact Liz Doughty – liz@spsconferences.com


PMI Qualification in Trusteeship
The AMNT have been researching the possibility of organising training and the exam for the PMI certificate in trusteeship.

Dates for the diary – Thursday 26th September 2013!
Next AMNT open meeting scheduled to be held at Pensions Corporation, London on Thursday September 26th. Further details to follow. We are also planning an event to take place in the House of Commons in November.

Defined Benefit Defence Pack
The latest version of the pack is being updated and we hope to be able to announce a re-launch date soon. In the meanwhile if any AMNT members need advice or support on proposed closures please email DB Working Group Chair, John Gray, (in confidence) at mail@amnt.org 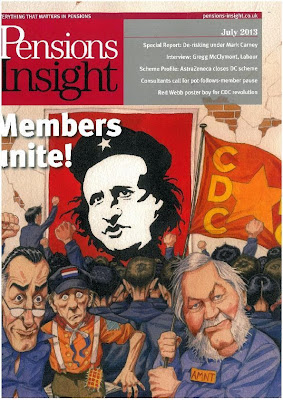